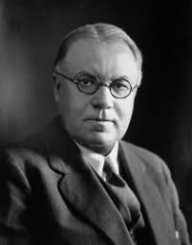 Walter B. Cannon was an American Neurologist, scientist, and physiologist born in 1871 and died in 1945. Also, he was the professor and chairman at Harvard Medical School’s physiology department. He is best remembered as the first person ever to X rays experiments in physiological studies. Also, Homeostasis, Voodoo death, Cannon-Bard theory, and Fight or flight.

Among his first books was The Wisdom of the Body published in 1932. The book majorly contained some of his theories. Thereafter, he also published several other books including The Mechanical Factors of Digestion. He is still rated among famous scholars even in the 20th century.

Walter B. Cannon was born on October 19, 1871, in Wisconsin, Prairie du Chien in the United States. His parents were Colbert Hanschett Cannon and Wilma Denio. He had a sister, Ida Maud Cannon. His mentor as stated in his autobiography was Mary Jeanette Newson. She was a high school teacher.

In 1892, Cannon joined Harvard University for his undergraduate studies. He was done by 1896 and which he enrolled at Harvard Medical School. By 1900, he was awarded his medical degree.

After Cannon graduated, William Townsend Porter hired him at the Department of Physiology at Harvard. He worked as an instructor while continuing his digestion studies. By 1902, he rose to the position of assistant professor of physiology.

His X-ray experiments and theories were summarized in the book The Mechanical Factors of Digestion. It was published in 1911. During World War 1, Cannon continued his studies on hemorrhagic and traumatic shock. In 1923, a book on his findings was published entitled Traumatic Shock.

Thereafter, Cannon did another study on blood storage. This is when he discovered sympathy in 1931. Sympathy is a substance just like adrenaline that is found in the top of certain nerve cells.

Meanwhile, Walter B. Cannon continued teaching at Harvard until 1942. He summarized his physiology career in 1945 by putting his findings in different ages.

Walter B. Cannon wedded Cornelia James Cannon in 1901. She was a feminist reformer and a best-selling author. The couple was blessed with a son and four daughters. Their son later became a radiant researcher and a military plastic surgeon by the name Dr. Bradford Cannon.