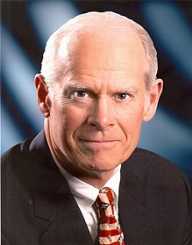 Thomas Peter Lantos was a Hungarian-American Democratic politician. Born on February 1, 1928, he served as the member of the United States House of Representative from California 1981 until 2008, when he died.

His district included the northern two-thirds of San Mateo County and some parts of southwestern San Francisco. Lantos died without completing his full term even though he had previously announced in January 2008 that he would not seek re-election as he had cancer of the esophagus.

As a Holocaust survivor, Tom Lantos is the only survivor of the catastrophe to serve in the United States Congress. He was posthumously honored with the renaming of the Congressional Human Rights Caucus to the Tom Lantos Human Rights Commission in 2008.

The Tom Lantos Institute in Budapest established in 2011 is to advocate for tolerance and support minority causes in Central and Eastern Europe and across the world.

Thomas Lantos was born Tamás Péter Lantos on February 1, 1928, in Budapest, Hungary. He was born to Jewish parents Anna and Pal Lantos. His mother was a high school English teacher and his father a banker. After the Nazi German invasion of Hungary and occupation of Budapest in March 1944, Lantos, a young Jewish boy aged 16 was arrested and subjected to a forced labor camp outside Budapest.

He tried to escape but was arrested and severely beaten by German soldiers. He, however, succeeded on the second try and returned to Budapest. After escaping safely, he hid in a safe house established by a Swedish diplomat, Raoul Wallenberg. He then joined the Wallenberg network, working as a courier to deliver food and medicine to Jews in other safe houses.

After the liberation of Hungary by Russian forces in January 1945, Tom Lantos went back home only to find out that his mother and some family members alongside 440,000 Hungarian Jews had been murdered by the Nazi Germans.

Tom Lantos' family were heavily engrossed in education and had several members of the family working in the educational sector. He enrolled at the University of Budapest in 1946, receiving a scholarship from the Hillel Foundation to continue his studies in the United States.

Tom Lantos worked with the San Francisco State University as a professor of economics after graduating from Berkeley. He later became a business consultant and a television commentator on foreign policy issues. Lantos also worked with some US Senators as a senior advisor.

As a member of the Democratic Party, Tom Lantos won election to become a member of the House of Representative from California in 1980. He defeated Republican Congressman Bill Royer, who won a special election to the House a year before after the death of Democrat’s Leo Ryan. Ryan who died in the Jonestown massacre. Lantos served in this position until his death in 2008, running for 14 consecutive times.

Tom Lantos was a strong advocate for reforms in the health-care system, the reduction of the national budget deficit, and the repeal of the Economic Growth and Tax Relief Act of 2001. He also supported gun control, same-sex marriage, and an environmental advocate.

Tom Lantos married his childhood lover Annette Tillman (formerly Agnes Ethel Seymour) in 1950. Agnes is also a Hungarian who managed to leave the country to Switzerland with her family during the German occupation. After the liberation of Hungary, they returned to the country, and that was when Lantos established his relationship with her.

The two emigrated to the United States, where they married. They had two daughters Annette Marie and Katrina. Tom Lantos was diagnosed with esophageal cancer, which he announced on January 2, 2008. That same day he announced he would not contest for a 15th term in the House. Tom Lantos died on February 11, 2008, from complications of esophageal cancer. He died without completing his full term.