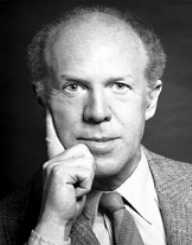 Dutch American mathematician and economist Tjalling Charles Koopmans was born on August 28, 1910, in 's-Graveland, the Netherlands to Sjoerd Koopmans and Wijtske van der Zee. Both his parents were school teachers. He had two elder brothers, and all three of them attended the school called (Protestant) ‘School with the Bible’, where their father was the Headmaster.

Tjalling was sent to the Christian High School at Hilversum, 15 KM from his home when he was 12 years old. He was awarded a study stipend by the St. Geertruidsleen of Wijmbritseradeel in the Dutch province of Friesland when he was 14 years old. The stipend covered the next three years of his study at the Christian High School and also his further higher studies until the age of 26. In 1927, he entered the University of Utrecht at the age of 17. During the first three years, he studied Mathematics with particular emphasis on analysis and geometry, which were taught there in a traditional but precise style.

Among the two brothers of Tjalling, Dr. Jan Koopmans was the eldest, and he was a minister of the Dutch Reformed church. He actively participated in the propaganda against the Nazis during the 1940s distributing pamphlets warning about the future of the Jews under the Nazi regime. He was mortally wounded by a stray bullet while witnessing an execution of hostages in German-occupied Amsterdam from behind a window. The second eldest son Hendrik Koopmans went on to become a chemical engineer and contributed to the industrial planning of post World War II Netherlands, former Dutch West Indies, and other developing nations.

Tjalling Charles Koopmans was appointed as a lecturer at the Netherlands School of Economics, Rotterdam for two academic years 1936-1938. He replaced Jan Tinbergen at the Institute who was called to the financial section of the League of Nations in Geneva to work on a model of business cycles in the United States. He succeeded Tinbergen at the League of Nations in Geneva in 1938 to prepare a similar business cycle model for the United Kingdom. However, as the World War II broke out, the project was discontinued. During his two years stay in Geneva, Tjalling fully utilized the opportunity to learn from the renowned economist James Meade and understood the concept of economics of welfare and the problem of optimum population.

German troops invaded Netherlands and France in May 1940 and occupied Paris by the middle of June. Tjalling fled to the United States along with his wife and six-week-old daughter escaping the Nazi threat in June 1940. It was a difficult time for him and his family. Initially, he found the job of a research assistant at Princeton and worked there during 1940-41. He was employed by the Penn Mutual Life Insurance Company, Philadelphia, for a year.

Tjalling Charles Koopmans' next employment was with the British Merchant Shipping Mission at Washington D.C., where he was entrusted with the job of reducing the transportation costs of shipping goods available at various locations of America to specified destinations in England by carefully selecting the shipping routes. He published a paper on the economics of transportation with a centralized focus on optimal routing. He devised a mathematical representation of the problem that led to the necessary equations.

In 1944, Tjalling joined the Cowles Commission for Research in Economics, affiliated with the University of Chicago at the invitation of Jacob Marschak, beginning an extended period of association with the gentle, wise and witty scholar. In 1948, Tjalling succeeded Marschak as the Director of Research for six years. In 1955, Mr. Alfred Cowles and other members of the Cowles family shifted their financial support to Yale University. As a result, the Cowles Commission also moved to the Yale University and was renamed Cowles Foundation.

In 1975, Tjalling Charles Koopmans was awarded the Nobel Memorial Prize in Economic Sciences jointly with Leonid Kantorovich for their work and contributions to the theory of the optimal allocation of resources.

Tjalling Charles Koopmans was elected as a member of the National Academy of Sciences and American Academy of Arts and Sciences.

Tjalling Charles Koopmans married Truus Wanningen in October 1936, who also was an Economist. They were blessed with three children, a son, and two daughters.

He died on 26 February 1985, after suffering a series of cerebral strokes at Yale-New Haven Hospital, New Haven, Connecticut.