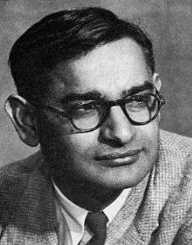 Tadeusz Reichstein was born in July 20, 1897. He was a chemist. In 1950, he received the Nobel Prize in Physiology or Medicine alongside Phillip Hench and Edward Kendall. They won the prize for discovering the hormones of the adrenal cortex.

Tadeusz Reichstein was born on July 20, 1897, in Poland. He was born to Isidor Reichstein who was an engineer and Gastava Brockmann. He was born into a Jewish family. His family moved to Switzerland when he was still a young. He was taught by a private tutor. He later joined Technical School of Junior College Grade. He graduated from high school in 1916. He later attended Eidgenosssische Technische Hochschule (E.T.H), Zurich where he studied chemistry. In 1920, he finished his Diploma. In 1922, he obtained his doctorate which he did under Professor H. Staudinger.

After receiving his doctorate, he began his research on the composition of the flavoring substances in roasted coffee. His research was later funded by an industrial firm. His research established that coffee is made up of complex substances that include derivatives of furan and pyrrole. In 1929, Reichstein became a lecturer at the E.T.H where he taught organic and physiological chemistry. In 1931, he became an assistant professor to Professor Ruckiza. In 1934, he became a Titular Professor. In 1938, he was appointed a professor in Pharmaceutical Chemistry. He was also appointed the Director of the Pharmaceutical Institute at the University of Basel.

In 1947, he received the Marcel Benoist Prize. In 1950, he received the Nobel Prize in Medicine of Physiology jointly with Kendall and Hench for their discoveries relating to the hormones of the adrenal cortex, their structure, and biological effects. In 1968, he won the Copley Medal.

In 1927, he married Louise Quarles van Ufford with whom he had a daughter. Reichstein passed away on August 1, 1996. He died at the age of ninety-nine.