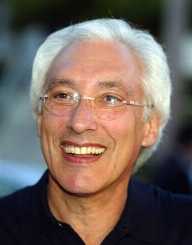 Steven Bochco was born on December 16th, in 1943. He is famous for being a TV producer and a writer. Throughout his television career, he is best remembered for having produced notable TV series such as NYPD Blue, Hill Street Blues, Doogie Howser, M.D., and L.A. Law.

Steven Ronald Bochco alias Steven Bochco was born on December 16th, in 1943. His place of birth was in New York City. His mother, Mimi was a professional painter. On the other hand, his father Rudolph Bochco was a violinist.

In 1961, Steven Bochco joined the Carnegie Institute of Technology located in Pittsburgh. Here, he majored in theatre and playwriting. In 1966, he successfully graduated from the university.

During the early stages of his career Steven Bochco worked for the Universal Pictures, first as a writer and then later he became their story editor. Some of the works that he edited for the company include Columbo, Ironside and McMillan & Wife.

Soon, Bochco earned high acclaim following the TV series dubbed Hill Street Blues. The series was aired for about six years beginning in 1981 and came to an end in 1987. Bochco earned profound recognition for being the co-creator of the TV series. Aside from the fact that the show was loved by many, it also earned him several awards. Bochco was nominated for about 98 Emmy Awards for the show.

After moving to work with 20th Century Fox, Steven Bochco again produced and co-created L.A. Law. This show began airing on NBC in 1986. The series came to an end in 1994. The next work that brought him fame was NYPD Blue. He co-created this show alongside David Milch. The show was aired for a number of seasons from 1993 before coming to an end in 2005.

Steven Bochco wedded Barbara Bosson, an actress in 1970. The couple was blessed with two kids before going separate ways in 1977. His second marriage was to Dayna Kalinson August 12th, 2000.

In 2014, medical diagnosis revealed that Steven Bochco had leukemia. The effects of the disease led to his death on April 1st, 2018. He was 74 years when he died.