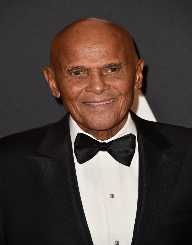 The first Black Academy Award winner for Best Actor, Sidney Poitier was born on February 20, 1927, in Miami, Florida, United States of America. His parents, Reginald James Poitier and Evelyn were Bahamian farmers having a farm on Cat Island. They regularly traveled to Miami to sell tomato and other farm products. Reginald also worked as a cab driver in Nassau, Bahamas. Sidney was born two months prematurely in Miami during one such visit of his parents. His parents stayed back in Miami for the next three months to nurse the infant to regain his health. Sidney’s survival was difficult as he was born extremely weak due to the premature birth.

Sidney Poitier grew up in poverty on Cat Island, Bahamas, then a British Crown Colony. He lived there until the age of 10 and moved to Nassau with his family after that. Abject poverty led him to become a delinquent. Concerned, his father sent him to Miami to live with his brother when he was 15 years old. He moved to the New York City the following year. In New York, to make both ends meet, he worked as a dishwasher along with doing a string of odd jobs. In 1943, he enlisted himself in the United States Army during the World War II faking his age. He worked as a mental hospital attendant for a brief period during his stint with the army and faked insanity to get discharged.

Sidney Poitier again worked as a dishwasher after the discharge and applied to the American Negro Theatre (ANT) in New York City. On being auditioned for the first time, he was rejected due to his accent. However, he brushed up his accent by practicing American enunciation while listening to the accents of radio voices. Six months later, he reapplied to ANT and this time he was accepted. After the successful admission to ANT, he began studying acting while appearing in a series of ANT productions. Sidney never had an opportunity of receiving any formal education. He learned to read during his dishwashing days when a Jewish waiter taught him the basics after their working hours.

After Sidney Poitier joined the ANT, his inability to sing and his strong Bahamian accent came as a hindrance to his progress. However, he worked hard and improved himself overcoming his deficiencies in the process. He was given a leading role in a Broadway production and thus made his Broadway debut in Lysistrata. Though it ran for a few days only, his work was noticed and was acclaimed. Along with a string of offers of leading roles on stage, Sidney received an offer to work for Darryl F. Zanuck in the film ‘No Way Out’ (1950). The part of Dr. Luther Brooks, a Black doctor treating a Caucasian bigot established him as an actor of great potential and more interestingly, prominent and meaningful roles started pouring in for him in the Hollywood Movie Industry.

His next film “Cry, the Beloved Country (1951)” pushed aside the restrictive boundaries of playing racial stereotypes and successfully made inroads into the American mainstream movies. The film was an adaptation of Alan Paton’s novel and was about a murder in apartheid South Africa. His breakthrough role came in 1955 when he portrayed the character of an alienated high school student in the movie ‘Blackboard Jungle,’ a film based on a novel of the same name by Evan Hunter.

Sidney Poitier's next two films, ‘Edge of the City’ and ‘Band of Angels’, both of which were released in 1957, broadened his horizon and consolidated his class as an actor as well as displayed his capacity to act in a different type of roles. In ‘The Defiant Ones (1958)’, he played the character of a Black prisoner, who escaped with a White prisoner together in a shackled condition. The two characters were required to overcome their respective racial prejudices and help each other to survive and elude the police. Sidney received an Academy Award nomination for Best Actor for his role in ‘The Defiant Ones.’

His next film ‘Porgy and Bess’ (1959) earned him many accolades as Sidney Poitier played the role of a disabled Porgy taking care of her lady love Bess (Dorothy Dandridge), a drug addict being hounded by many suitors. He made history in his next film, ‘Lilies of the Field’ (1963). Through this film, he became the first-ever African American Black male actor to have won a competitive Academy Award for Best Actor.

In 1959, Sidney Poitier appeared in the Broadway production of ‘A Raisin in the Sun’ and subsequently starred in its film version released in 1961. He continued to give many memorable performances and attract a sizable draw at the box office through his different films like ‘The Bedford Incident’ and ‘A Patch of Blue,’ both released in 1965. His three most popular films ‘Guess Who's Coming to Dinner’, ‘To Sir, with Love’ and ‘In the Heat of the Night’ were released in 1967.  In the last film ‘In the Heat of the Night,’ he played the character of a Philadelphia, Pennsylvania detective Virgil Tibbs. Later, based on the subsequent career of the detective, two sequels were made by the name of ‘They Call Me Mister Tibbs!’(1970) and ‘The Organization’ (1971).

Sidney Poitier made his directorial debut in 1972 with the ‘Buck and the Preacher,’ where he also acted as a conman preacher. His next directorial venture ‘A Warm December’ (1973) bombed at the box office like his debut venture. However, his third film ‘Uptown Saturday Night’ (1974), a comedy was a big hit, courtesy of the chemistry between Sidney and his co-star Bill Cosby. They teamed up again and came up with two more films, ‘Let’s Do It Again’ (1975) and ‘A Piece of the Action’ (1977).

Sidney Poitier was married to Juanita Hardy from 1950 to 1965. They had four children: Beverly Poitier-Henderson, Pamela Poitier, Sherri Poitier and Gina Poitier. He married actress Joanna Shimkus in 1976 and is currently living with her. They have two children, Anika Poitier and Sydney Tamiia Poitier.