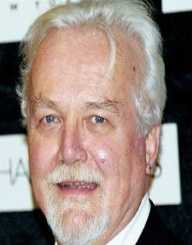 Russell Wayne Baker was a distinguished author and a columnist for the New York Times newspaper. He is remembered for his gentle, humorous writing approach even in tragic occurrences.

He has won Pulitzer Award for his unique way of writing, and for his autobiography works The Good Time and Growing Up.

Russell Baker was born on 14th August 1925 in Virginia, Morrisonville. Most of Baker's early life was in a rural setup. In one instant as a toddler, Baker had a scary moment when a cow-nosed his crib.

Although he grew up in a non-progressive community, he loved developing close to a natural environment. At the age of five, Baker was faced with a tragedy; he lost his father through diabetes. His mother moved to New Jersey with her two siblings, Baker, and his sister.

Due to his mother's inability to adequately raise the children, Russell Baker kept changing homes from his maternal uncles to his paternal uncles. Baker and her sister moved to Baltimore, to stay with H.L Mencken, a renowned essayist. Baker later found a part-time job as a newspaper deliverer.

When he was 16, Baker’s mother remarried, and the family managed to move to a home of their home. In 1950, Baker married but broke up with his wife four years later.

Despite the family's financial woes, Russell Baker managed to complete high school at Baltimore college preparatory school. It took a persuasion from one of his classmates to convince him to take John Hopkins University entrance examination.

He was later admitted to the university on a scholarship course. After the end of the World War, Russell Baker rejoined Hopkins University. He graduated from the institution in 1947.

Russell Baker immediately landed on a job as a teacher at Baltimore Sun, with the assistance of his former creative teacher.

Barkers went on to be a journalist, biographer, and essayist.  His career hit great heights in 1992 when he replaced Alistair Cooke as the host of PBS, a masterpiece Theatre; he did the show for 12 years.

His many articles were published in many newspapers including The New York Times, The Saturday Evening Post, McCall's and The Sports Illustrated.