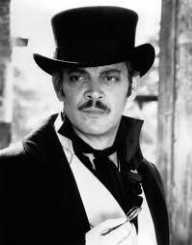 Raul Julia was a Puerto Rican actor born on March 9th, 1940. He is remembered best for his film roles including the 1985 Kiss of the Spider Woman and 1991 The Addams Family. He was only a child when he developed a passion for films and theatre. He starred along with actors like Harrison Ford in Presumed Innocent. Similarly, in 1994 he acted Street Fighter starring with the star actor Jean-Claude Van Damme. Julia’s ambition at first was to be a lawyer but choose to take the acting path. The great actor was a Tony Award nominee for his role in Where's Charley? Two Gentlemen of Verona and The Threepenny Opera.

Raul Julia was born on March 9th, 1940. His place of birth was in Puerto Rico, San Juan. He was the son of Raúl Juliá and Olga Arcelay. Julia had four younger brothers and sisters. His father earned a living as an electrical engineer. His mother, on the other hand, was a (mezzo-soprano) opera singer. His parents were was also great philanthropists who dedicated their time and resources to helping needy children.

Raul Julia attended a Catholic private school in Hato Rey known as Colegio Espíritu Santo. This is where he actively took part in his first plays and proved to be quite talented. He was just in his first grade at the time. After that, he continued participating in a series of school plays.

Raul Julia could speak English fluently in his 7th grade. During this time he fell in love with William Shakespeare’s work. He graduated from high school at Colegio San Ignacio de Loyola. Subsequently, he continued his studies at Fordham University to please his parents. A year later he returned to Puerto Rico and joined the University of Puerto Rico.

Amid his studies, he also continued his acting career, regularly appearing in nightclubs and local plays. He earned a B.A degree in Arts after studying liberal arts. His parents wanted him to pursue law. However, he chose to pursue his dreams as an actor.

During the 1960s and 1970s, Raul Julia’s, major roles was on the stage. His work Two Gentlemen of Verona earned him a Tony award nomination in 1972. Three years later h also earned a similar nomination for his role in Where's Charley? In the play, he had acted as Charley.

Throughout his career, Julia received four Tony award nominations in total. In 1985, he was cast in the play Kiss of the Spider Woman. However, he was greatly criticized for this role. In 1991, he decided to venture into comedy by acting The Addams Family as Gomez Addams. Later in 1993 he also starred in Addams Family Values.

Raul Julia took to the footsteps of his philanthropic parents by contributing towards charitable events. He combined efforts with various educational and social activities. He supported young actions and contributed funds to Hispanic Organization of Latin Actors (HOLA). Additionally, Julia co-established Visiones Luminosas, an initiative aimed at promoting screenwriters. He also donated food to The Hunger Project among other humanitarian activities.

In 1976, Raul Julia wedded Merel Poloway, his second wife. The couple remained married till the death of Julia. Raul Sigmund and Benjamín Rafael are the sons he had.

Raul Julia breathed his last in October 24th, 1994 following Stroke complications. He was 54 years old at the time and was buried in Buxeda Cemetery situated in Carolina, Puerto Rico.