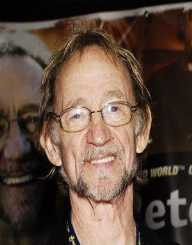 Peter Tork is an American Guitarist, actor, and musician born on February 13th, 1942. He is best known as the bass guitarist and keyboardist for the 1960s Monkees Pop Band. His talent as a musician developed at a young age. He was only 9 when he begun piano, guitar and banjo lessons among other instruments. In the album “Wonderwall” by George Harrison, Peter played the banjo. He is a proud father of two daughters and a son.

Peter Tork went to Windham High School situated in Willimantic in Connecticut. He later joined E.O. Smith High School located in Storrs still in Connecticut. After that, he was admitted to Carleton College and later shifted to New York City. While there, he joined Greenwich Village’s folk music. This was in the first years of the 1960s. He then became acquitted with other musicians like Stephen Stills among others.

While in New York City, Peter Tork continued his musical passion with the Greenwich Village folk scene. During this time, instead of calling himself his birth name Peter Halsten Thorkelson, he went by Peter Tork. He did solo acts with Stephen Stills though not for long.

In 1965, Peter Tork moved to California to try his luck. While there, he auditioned for a premier TV show for a band which later came to be called The Monkees. Fortunately, he got a role in the band.

Peter together with the band members came up with their songs and also played instruments. They released hit songs like "I'm a Believer." The band also released another hit "Last Train to Clarksville" and sold millions of their records.

However, the initial fame and triumphs of The Monkees came to fade gradually. In 1968 they had their show canceled. Eventually, the band broke up, and everyone went their separate ways.

Later in 1986, The Monkees reunited. Peter rejoined the band members, Micky Dolenz and Davy Jones. Together they went on a tour to mark their 20th-anniversary reunion which proved to be quite a success. Peter and the other two together recorded Pool It! and later Justus with all the four members of The Monkees.

Besides his fame in The Monkees band, Peter Tork has also released many of his solo albums. In 2007 his song Cambria Hotel was released. This marked one of his latest recordings. He also records blues music with a group he formed in the 1990s called Shoe Suede Blues.

Peter Tork has made guest appearances on Television Shows. Some of the shows he has been featured as a guest include The King of Queens and 7th Heaven.

Peter Tork has married four times. He tied the knot for the first time in 1960 with Jody Babb. His second marriage was in 1973 to Reine Stewart. Together they have a daughter Hallie Elizabeth. The couple divorced the following year. Subsequently, in 1975, he wedded his third wife, Barbara Lannoli. They have a son Ivan Joseph. Peter also married Pam as his fourth wife. He also has a child, Erica Marie from a relationship he had with Tammy Sustek.