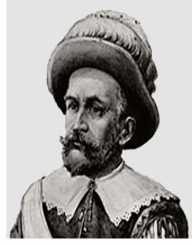 Peter Minuit was a Dutch government administrator who was instrumental in the creation of the Dutch colony of New Netherlands.

Peter Minuit was born in Wesel in today’s Germany. His exact date of birth is uncertain. But it is believed that he was born between 1580 and 1585. Many historical manuscripts put it as the year 1580. He was brought up to take over the family business. In 1609, he took over control of the family business after the death of his father. With charm and a good reputation, Minuit managed to expand the family enterprise. His philanthropic work towards the poor was popular with the Protestants in Wesel. The town had a huge number of Protestants who sought a safe haven from the Catholic Spanish colonial masters.

He relocated with family to Utrecht in 1815. Minuit became a member of the Dutch West Indies Company. This was a company founded to aid the establishment and running of Dutch colonies in the new world.

Minuit was an established business person and church minister. His acumen as a fair broker in negotiations made him rise through the ranks of the West Indies Company. In 1625, he was dispatched to the new world. Upon his arrival, he was tasked to explore the hinterland for trade deals with the native inhabitants. After his assignment was over he sailed back to the Netherlands.

He stayed in Europe for a few months. In May 1626, Minuit arrived in the Dutch colony. The colony governor had been removed. Minuit became the third director of the company. The position was tantamount to being the governor of the colony. To expand the colony, Minuit had to get land. He purchased the Manhattan Island from the native inhabitants. This theory has however been bitterly disputed by historians. None can ascertain what the agreement entailed, but the fact remains that both parties left satisfied.

With more space of land, Minuit embarked on the consolidation of the scattered colonial settlements. He established a five-man administrative system of government in the colony. Minuit moved to the soother part of Manhattan. He oversaw the construction of log houses and a church. There was also a two-storied stone house and a horse-powered mill. The infrastructure was set for expansion. One obstacle stood in their way. The human population was low.

To boost the population number on the colony, Minuit started the patroon system. In 1629, the West Indies Company commenced giving out large pieces of land to the Dutchmen who persuaded at least fifty people to leave Europe and settle in the colony. Minuit and his colleagues had envisaged the cultivation of land by the immigrants. The benefactors of the system exploited the loopholes to engage in the illegal fur and tobacco trade. The two items were in high demand in the European market. Minuit was accused of abetting the crime.

When the complaints reached Europe, Minuit was recalled in 1631 and dismissed as the governor. He was immediately replaced by the new director Sebastian Krol. Minuit remained in the Netherlands until 1638.

The Swedes were desperate to establish their own colony on the American continent. His friend Willem Usselincx introduced Minuit to the Swedish authorities. In March 1638 Minuit sailed under the Swedish flag to North America. He established the New Sweden colony south of the Dutch colony. As he had done in Manhattan, Minuit built a fort. This time he named it Fort Christina, after the Swedish royal Princess Christina. When the construction was done, the Swedish colonists sailed back to Europe to report and prevail on more nationals to immigrate to America. It took another nine explorations by the Swedes before any decision was made. By then the Dutch had colonized the Swedish colony.

In a bid to find trading goods for Europe, Minuit left the fleet and sailed his ship to the Caribbean. A hurricane hit the islands at the time he arrived. Minuit died at sea in June 1638 the Caribbean Sea. His body was never found.

The history of New York cannot be narrated without mentioning Manhattan. Minuit will be remembered as the person who transformed Manhattan into the bustling metropolitan city it grew to be. Other memorial sites are dotted all over New York. There is a memorial flagstaff in Battery Park. A school in Harlem was named after him. The Peter Minuit Plaza in New York was also named after him

In Germany, there is the Moltkestrasse memorial monument in Wessel.