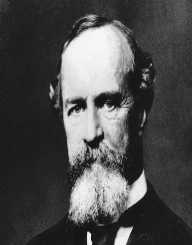 Peter Kropotkin was Russian scientist, philosopher, and activists who strongly supported anarchism. Born on December 9, 1842, Peter Kropotkin was arrested and imprisoned for his activism but broke jail two years later. Kropotkin had to spend 41 years in exile in countries including Switzerland, France, where he also fell culpable to the law and spent almost four years in prison and later in England. After the Russian Revolution in 1917, Peter Kropotkin returned to Russia but was soon disappointed by the Bolshevik’s administrations form of socialism.

As an activist, Peter Kropotkin also championed a decentralized communist society, where the local society is free from central government and centered on self-governing communities and privately ran enterprises. As an officer in Siberia, Kropotkin took part in many geological explorations in the area. Peter Kropotkin published several books, articles and pamphlets included The Conquest of Bread and Fields, Factories and Workshop and the scientific work, Mutual Aid: A Factor of Evolution.

Peter Kropotkin was born on December 9, 1842, in Moscow into the second-highest level of the Russian aristocracy. His father was a daughter of a Cossack general and his father, Alexei Petrovich Kropotkin, was a prince in Smolensk of the Rurik dynasty that ruled Russia before the Romanovs came to power. Peter Kropotkin though a prince dropped the title when he was 12 years due to Republican teachings and never preferred to be called that even by close friends. Peter Kropotkin attended the Corps of Pages at St Petersburg in 1857.

Peter Kropotkin accepted to join a geographical survey expedition in 1864 during which he explored North Manchuria, Transbaikalia, and Amur. He later joined another expedition to the Sungari River to Manchuria. Both expeditions produced positive results. Peter Kropotkin found interest in the field, hence devoted himself to scientific exploration and became very successful in that. Through the influence of works French anarchist Pierre-Joseph Proudhon and political thinkers like John Stuart Mill and Alexander Herzen in 1862 and his experience with the peasants in Siberia, Peter Kropotkin generated an anarchist mentality and declared himself as such in 1872.

He resigned his commission in the army in 1867, returning to St Petersburg to enrol at the Saint Petersburg Imperial University to study mathematics while he also served as the secretary to the geography department of the Russian Geographical Society. After resigning from the military, Peter Kropotkin was disinherited by his father as the family had a tradition of military service. With this, he became a prince with no visible means of support. As a secretary to the Society, he explored the glacial deposits of Sweden and Finland in 1871. He went on to publish a map and paper that contested the then existing map of the physical features of Asia.

In 1872, Peter Kropotkin left for Switzerland to join the International Workingmen’s Association at Geneva but became disinterested in their style socialism. With this, Peter Kropotkin studied joined Neuchatel to study a more radical Jura Federation and his association with leading members made him adopt the ideology of anarchism. Upon his return to Russia, his friend Dmitri Klements introduced him to the socialist/populist group called Circle of Tchaikovsky. With his activities with the group, Peter Kropotkin spread revolutionary propaganda among workers and peasants. These activities led to his arrest and subsequent imprisonment in the Peter and Paul Fortress in 1874.

After the 1917 February Revolution in Russia, Peter Kropotkin returned to the country after almost 40 years in exile amidst cheering and pageantry of over ten thousand people.  He rejected a position of minister of education proposed by the provisional government. After the following October Revolution when Bolsheviks came to power, he stated, "During all the activities of the present revolutionary political parties we must never forget that the October movement of the proletariat, which ended in a revolution, has proved to everybody that a social revolution is within the bounds of possibility. And this struggle, which takes place worldwide, has to be supported by all means - all the rest is secondary. The party of the Bolsheviks was right to adopt the old, purely proletarian name of "Communist Party".

Even if it does not achieve everything that it would like to, it will nevertheless enlighten the path of the civilized countries for at least a century. Its ideas will slowly be adopted by the peoples in the same way as in the nineteenth century the world adopted the ideas of the Great French Revolution. That is the colossal achievement of the October Revolution." .... "I see the October Revolution as an attempt to bring the preceding February Revolution to its logical conclusion with a transition to communism and federalism." Nonetheless, he soon fell out with Bolsheviks administration.

Peter Kropotkin had a daughter, Alexandra born on April 15, 1887. He died of pneumonia on February 8, 1921, in Dimitrov. He was buried in Novodevichy Cemetery in Moscow.