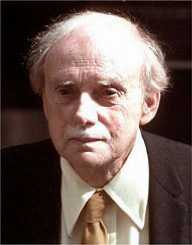 Paul Dirac was an English theoretical physicist. He made contributions to the development of quantum electrodynamics and quantum mechanics. His work has been instrumental and incredibly useful in the development of both these fields. He also worked as a teacher for some years.

Paul Adrien Maurice Dirac was born on August 8, 1902, in Bristol, England. He was born into a working-class family to parents Charles Dirac and Florence Dirac. His father was a teacher, and his mother was a librarian at a local library. Dirac had a younger sister named Beatrice and an older brother by the name of Reginald, who, in 1952, committed suicide.

Paul Dirac's father was a strict man who cared deeply for his children. However, Dirac and his father had a rocky relationship, and after his father’s death, Dirac reported feeling freer. When he was alive, his father had instructed his children to speak only French, which had frustrated Dirac as he often didn’t know how to express what he wanted to say. This, in part, was why they had a strained relationship.

Paul Dirac started his school career at Bishop Road Primary School and then continued to Merchant Venturers’ Technical College, an all-boys school where his father was a French teacher. The college taught subjects such as bricklaying, shoemaking, and metal work which was unusual for schools at the time- a fact that later, Dirac would appreciate.

Paul Dirac then received a scholarship to the City of Bristol University’s engineering faculty, where he completed a Bachelor’s Degree in Science. Shortly before graduation, he took an entrance exam to enroll at St. John’s College, Cambridge. He passed with flying colors and was awarded scholarship money. Despite passing and receiving the funding, he was unable to meet the high cost of living in Cambridge and was unable to attend the school.

After graduation, Paul Dirac was unable to get a job as an engineer due to the post-war depression. Instead, he returned to school at the University of Bristol (free of cost) and was allowed to skip the first year of his degree due to his engineering degree from previous years. In 1923, he graduated with a Bachelor’s of Arts Degree and received a scholarship from the Department of Scientific and Industrial Research. When paired with his scholarship from St. John’s College, he had enough to live in Cambridge.

While living in Cambridge, Paul Dirac pursued his interests in the theory of general relativity and quantum physics. This was done under the watchful eye of Ralph Fowler. He completed his Ph.D. in June of 1926.

During his career, Paul Dirac established the general theory of quantum mechanics, which formed the basis for gauge theories and superstring theories- theories that we use today. He was the first man to come up with the quantum field theory, and the developer of the theory that links quantum field theories with dynamical constraints.

Also during his career, Paul Dirac had the Dirac equation named after him and contributed to many other scientific and mathematical theories. At one point, he became a visiting university professor at Florida State University. He accepted a full-time position at the school and became a full-time professor in 1972. While a professor, Dirac published 60 papers and a short book on general relativity.

Paul Dirac had many interests outside of his work. He liked to swim in the lakes surrounding Tallahassee Florida, and every day he would eat lunch with his colleagues at the University of Florida. He was also fond of naps. His colleagues knew him as being precise, and a deep thinker.
In 1937, he married Margit Wigner and adopted her two children: Judith and Gabriel. The couple had two of their children, as well. They had two daughters that they named Mary and Florence.

Upon Paul Dirac's death, the city of Bristol named a road after Dirac and set up a commemorative plaque in his honor. There is also a commemorative stone in Saint-Maurice, Switzerland, the home of Dirac’s father. Even after his death, two organizations of professional physicists created awards in Dirac’s memory. Florida State University also honored their beloved professor by creating and awarding the Dirac-Hellman award each year to reward good work in theoretical physics.

At FSU, there is a science library named after Dirac, complete with a statue of him outside the front door. Also in Florida, is a street called Paul Dirac Drive.

Back in England, there is another road named after Paul Dirac: Dirac Way, and a BBC video codec called Dirac.  There has been an asteroid named after Dirac. There is no doubt that Dirac was one of the greatest physicists of all time.