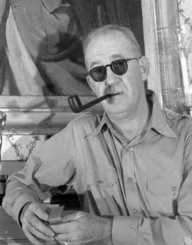 Michael Curtiz is often referred to as one of the best film directors in history. He started in the silent era in Hungary and later made numerous films in Hollywood. He directed some of the best Hollywood films like Casablanca, Captain Blood, Mildred Pierce and The Seawolf.  He won the Academy Award as the Best director for Casablanca.

Michael Curtiz was born in Budapest, Hungary on 24th Dec 1888. He was named Mihaly Kertesz. His father was a carpenter and his mother an opera singer. He belonged to a lower-middle-class Jewish family.  As a child, Curtiz was attracted to the world of theatre. He set up a stage and enacted plays with his friends in the cellar at a very early age of 8. Curtiz graduated from Markoszy University and later joined the Royal Academy of Theatre and Art.

Michael Curtiz took up a job as an actor in a travelling theatre company. He had a short stint as a pantomime artiste in a circus but again joined a travelling theatre which performed around Europe. He later joined The National Hungarian Theatre and in 1912 directed his first feature film in Hungary called Ma ‘es holnap (Today and tomorrow). He was also the lead actor in the movie. The same year he also directed Az utolso bohem (The last Bohemian).

Michael Curtiz studied silent films in the Nordisk studio in Denmark in 1913. He worked as an actor and assistant director to August Blom on Denmark’s first multi-reel film Atlantis. He served in the army in the World in 1914 and returned wounded. He was given the task of making fundraising documentaries for Red Cross.

Michael Curtiz was made the director of Phoenix films in Budapest Hungary in 1917. By 1918 he was one of the leading directors of Hungary and had directed 45 films. The nationalization of the film industry by the Communist government caused him to leave Hungary for Vienna.

Michael Curtiz worked with Count Alexander Kolowrat (popularly known as Sascha) after a brief period with a German Company. With Sascha films, he made 21 movies and learned the fundamental laws of the art of filmmaking. His films were light comedies or spectacular historicals. Some of the favorite films were Sodom and Gomorrha, Die Sklavenkonigin (Moon of Israel), Red heels and The Golden Butterfly. Paramount Pictures of US bought the rights to the film Moon of Israel.

Film Career in the US

Warner Brothers offered a contract to Michael Curtiz to direct films for their new studio. Curtiz accepted the offer and changed his name to Michael Curtiz when he left for America in 1926. Curtiz directed 102 films during his career in Hollywood from Warner studios.

Some of his famous films are Captain Blood, Angels with dirty faces, Life with father and Mildred Pierce. Michael Curtiz popularized stars like Errol Flynn, Olivia de Havilland, and Bette Davis. Ten actors he directed were nominated for Oscars. John Cagney and Joan Crawford won their Oscars under his direction. Curtiz was nominated five times and won the Oscar for Casablanca as Best Director.

Michael Curtiz was a perfectionist and micromanaged every detail.This sometimes made him difficult to work with. He believed that preparation was vital. He always liked to be ready and know what to expect. By proper planning, he was able to cut down on delays after production started. This was the reason that he could produce an average of 6 films a year until 1940.

Michael Curtiz had a distinct style. He would use a combination of high crane shots, unusual camera angle, and individual shots. He wanted the audience to feel that they were witnessing the scene. He used light, motion, and background as efficiently as an artist used them while painting.

Michael Curtiz married thrice. He first married actress Lucy Doraine in 1918, and they were divorced in 1923. His second marriage to Lilli Damita in 1925 ended in divorce in 1926. He married Bess Meredyth an actress and screenwriter in 1929. She helped him with his scripts and English. Curtiz died of cancer in 1962.