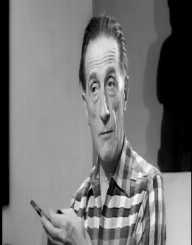 Marcel Duchamp was born on July 28th, 1887 in Blainville-Crevon, France. Duchamp is considered as an art icon that brought considerable influence in the world of modern art. His inspiration came from movements such as Surrealist and Dadaist. One of his famous works during his time was the Nude Descending a Staircase No. 2- 1912. Initially, he had a slow start during the early part of his career. However, this took a different turn while he was in his 70s. Duchamp died on 2nd, October in 1968.

Marcel Duchamp was born in 1887. His parents were Eugene Duchamp and Lucie Duchamp. Duchamp’s family had an inclination to cultural activities. Marcel had three other siblings who embraced their painting talents and later on went to become successful. When Duchamp was eight years old, he enrolled at the Lycee Pierre-Corneille located in Rouen. This was a decision that he made after being influenced by his brothers. After enrolling with the institution, he spent eight years learning more about intellectual development. His favorite subject was math. In 1903, he was rewarded for his outstanding drawings. The effect of this was that it motivated Duchamp to take his drawing talent seriously. By the time he was 14 years, he had began using watercolors in his works of art while displaying landscapes.

The early works of art that Marcel Duchamp worked on coincided with the Post-Impressionist style of art. Before becoming a pro, he first experimented with classical methods and subjects. During this time, Duchamp gained his motivation from renowned artists such as Odilon Redon.

In 1905, he was forced to join the military. Around this period he was working in Rouen for a printer where he got equipped with skills such as printing and typography. Later on, these skills would prove to be handy in his art career.
Three years later, Marcel Duchamp was fortunate enough as his elder brother was one of the Académie royale de Peinture et de sculpture members. This gave him the opportunity to exhibit in work in the annual exhibition show which was called Salon d'Automne. A year later, his works were also featured at the Salon des Indépendants- meaning Society of Independent Artists.

Nude Descending A Staircase, No. 2

In 1912, controversies were raised over his work during this year- Nude Descending a Staircase, No. 2. The controversies surrounding this work of art came to a point where Marcel Duchamp was personally requested to remove it from the Society of Independent Artists. This is something that Duchamp could not agree to. Soon he removed the painting from the exhibition after which he submitted it to Armory Show in 1913.

Marcel Duchamp’s marriage to Lydie Sarazin-Lavassor lasted for only six months. He was also in a long-term affair for close to 20 years with Mary Reynolds. After her death in 1950, he tied the knot with Alexina Sattler seven years later. The two remained together until his death.

After having dinner on October 2nd, 1968, Marcel Duchamp unexpectedly passed away. He died at the age of 81.