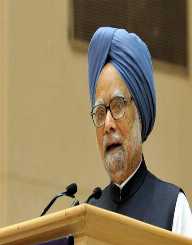 He held his first political position when Prime Minister P.V Narasimha Rao appointed him as a Minister of Finance. Prior to that, he served under Lalit Narayan Mishra as an advisor to the Ministry of Foreign Trade, Chief Economic Advisor from 1972 to 1976, Reserve Bank governor from 1982 to 1985 and later as the head of Planning Commission from 1985 to 1987.

During his reign in office, Manmohan Singh improved the economic sector of the country but had some hitches when it came to security. India came under several terrorist attacks, including the Mumbai attack in 2008 and the Maoist insurgency. Some of his political opponents, however, referred him as a weak person who could not take decisions on his own. His second term in office was also marred with corruption several corruption charges.

Manmohan Singh was born on September 26, 1932, in Gah, Punjab of British India to Gurmukh Singh and Amrit Kaur. His paternal grandparent raised him because his mother died when he was very young. The family later migrated to Amritsar, India after the Partition of India.

Manmohan Singh was exceptional in academic performance making him stand out among other students. He enrolled at the Panjab University of India and graduated with a bachelor in Economics in 1952. He then received his master’s degree in Economics at Hoshiarpur in 1954.

Manmohan Singh returned to India after completing his D.Phil at the University of Oxford. Between 1966 and 1969, he left to work with the United Nations Conference on Trade and Development (UNCTAD). He returned to India to work as an advisor to the Ministry of Foreign Trade under Lalit Narayan Mishra in 1969. He served as a Professor of International Trade at the Delhi School of Economics, theUniversity of Delhi from 1969 to 1971.

He was appointed the Chief Economic Adviser in the Ministry of Finance in 1972 and after four years became the Secretary in the Ministry of Finance. He held other positions like the Governor of the Reserve Bank of India from 1982 to 1985 and then from 1985 to 1987 became the chairperson of the Planning Commission of India. From 1987 to 1990 Singh became the General Secretary of the South Commission, an independent economic policy think tank with its headquarters in Geneva, Switzerland. Upon his return to India, he served under the tenure of V.P Singh as the Advisor to Prime Minister of India on Economic Affairs.

An apolitical Manmohan Singh surprisingly got an appointment to serve under Prime Minister P.V Narasimha Rao as his Finance Minister in 1991. According to Manmohan Singh, he was first approached by the then Principal Secretary about the Prime Minister’s decision but never took it serious until he appeared again to ask him to report for the swearing-in at Rashtrapati Bhavan. Prior to his appointment, India was facing an economic meltdown with all economic indicators pointing to the negative. The situation necessitated India to seek financial assistance from the International Monetary Fund who at the end imposed conditions in the country. It was at this time that Manmohan Singh suggested the economy must be deregulated. The suggestive was met with strong opposition, but at the end, he was given the go ahead. He then instituted policies like reducing the state control of the economy and cut import taxes. The economy steadily improved and got back to its feet. Though the country came back to its feet economically, the party was voted out of power.

Leader Of Opposition In Rajya Sabha

In 1991, Manmohan Singh was elected by the legislature of the state of Assam to the Rajya Sabha, the upper house of parliament. He held the position for four consecutive terms 1995, 2001, 2007 and 2013. He also served as the opposition leader in the Rajya Sabha from 1998 to 2004. Manmohan Singh unsuccessfully contested for a seat in Lok Sabha in South Delhi in 1999.

The Indian National Congress was able to win the 2004 generation by forming an alliance called the United Progressive Alliance. The Chairperson of the alliance, Sonia Gandhi then chose Manmohan Singh as their Prime Ministerial candidate.

Manmohan Singh enjoyed lots of support because there was no indictment against him since he was not much involved in politics at the time. On May 22, 2004, he took the of office and became the 13th Prime Minister of India. After his first term of office, he has voted again into office in the 2009 election. This made him the first after Jawaharlal Nehru to have two consecutive terms in office.

As an economist, Manmohan Singh instituted measures to speed up the economic growth of the country. The country was able to achieve the highest GDP growth rate OF 9% becoming the second fastest growing economy in the world in 2007. In health, his administration rolled out the National Health Mission to provide health care by initially mobilizing almost half a million community health worker for the project. Manmohan Singh also strengthened the security of the country by amending the anti-terror laws to the Unlawful Activities Prevention Act. After the Mumbai terror attack in 2008, the Singh administration created the National Investigation Agency to combat any form of terrorism afterward. He also initiated several other measures to improve the standard of living in the country during his two terms of office.

Aside from internal affairs, Manmohan Singh also created favorable foreign policies. He continued the peace process between Pakistan, that was started by the past administration. He also initiated measures to ensure the end of the India-China border disputes. Aside from strengthening its ties with neighbors like Afghanistan, Pakistan and the people Republic of China, he also improved India’s ties with the United States of America. It was during his administration that the Indo-US civilian agreement was reached and signed on October 10, 2008. India’s relation with the European Union, Africa, and other Asian countries was improved under his term of office.

Manmohan Singh is married to Gursharan Kaur since 1958. They are blessed with three children Upinder Singh, Daman Singh and Amrit Singh. He has undergone several cardiac bypass surgeries.

Manmohan Singh has won numerous awards and international recognition. He won the World Statement Award, 2010, Lokmanya Tilak Award, 1997 and Jawaharlal Nehru Birth Centenary Award in 1994 to 1995 among others. He was awarded a Doctor of Letters by the Panjab University in 1983 and an honorary Doctor of Law degree by the University of Alberta in 1997. He has several other honoraria’s from prominent universities.