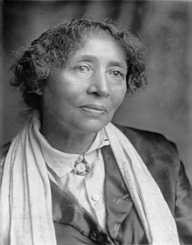 Lucy Parsons was a controversial African American leftist civil rights crusader of the late 1800s and the early 1900s.

Lucy Parsons was born in 1853. She claimed that she was born in Texas. In her children’s birth documents, Parsons gave Virginia as her original place of birth. She claimed to be of Mexican and Native American heritage. Her maiden name was Lucia Eldine Gonzalez.

Since her origins are vague, Parsons gave out several conflicting narrations about her origins. Popular theories say she was born in Virginia as a slave. She was taken to Texas during the early years of her life. Some historians say she had a mix of white, African American, Mexican and Native American heritage. Parsons always denied her African heritage. Historians say she did it to avoid racial stigmatization in the slave friendly southern states.

In 1871, she married Albert Parsons and adopted her husband’s surname. Their marriage was illegal due to the segregation laws that voided all interracial unions or cohabitations. In 1872, Texas instituted the repressive Jim Crow segregation laws. Albert was a former Confederate soldier who embraced the civil rights movements. He gradually started working with organizations in urging African Americans to register as voters in the south. Albert was beaten, shot at, and threatened with death by a lynching mob. The couple fled from Texas to avoid the racial prejudice against mixed race marriages. Parsons settled with her husband in Chicago, Illinois.

In Chicago, Albert was employed at the Chicago Tribune. As the depression worsened in America, the industrial workers faced up with unfavorable labor conditions. Albert participated in a labor strike and lost his job. The unemployed population started embracing socialist principles alongside the working labor movements.

Parsons left the Republican Party ideology for the Social Democratic Party. After mastering the Marxist ideology, she joined the Workingmen’s Party. Parsons hosted most of the party’s meeting at her residence.

In 1877 she participated in the Great Railroad Strike. It was the first general strike by industrials workers in the history of the USA. The socialist movement gained following the strike. After the strike, a major rift appeared within the Workingmen’s Party. The party split between the radicals and the moderates. Parsons sided with the radicals.

She joined the radicals in forming the Socialist Labor Party. She became an editor to the party’s journal titled The Socialist. Parsons won the leadership of the Working Women’s Union. She became the party’s representative within the labor movement. She gradually became discontented by the lackluster approach of fighting capitalism by the Socialist Party.

In 1886, workers campaigning for the implementation of the eight-hour day shift staged a protest. The protest held at the Haymarket area turned chaotic. Riots ensued and several fatalities were reported. Albert Parsons was arrested along with other campaigners. He was tried and convicted. Parsons mounted a campaign to free her husband to no avail. Albert Parsons was executed by hanging on November 11, 1887. The Haymarket riots became the precursor of the Labor Day celebrations worldwide.

Parsons became embroiled with the armed resistance of the capitalist institutions in the US. She left the Socialist Party after constant frictions with the hierarchy. In 1892 Parsons formed her own resistance journal called Freedom. In the journal, Parsons agitated for the rights of African Americans and the universal suffrage of women. In particular, she demonized the slavery ideology and the sharecropping system in the southern states.

She became the founding member of the Industrial Workers of the world in 1905. She formed another journal for the party. Parsons became the founding editor of the magazine called The Liberator. She shifted her attention to the less privileged in the community. At the beginning of January 1915, she organized the first hunger demonstration in Chicago. In the following month, other political parties joined in the demonstrations. She advocated for the forceful takeover of property from the rich by the demonstrating masses.

In 1925 Parsons was invited to join the International Labor Defense. She joined their national committee in 1927. She became more involved in the fight for the release of African American prisoners jailed for agitating for the rights of workers. She continued working with other organizations in the fight against workers exploitation for several years.

In 1939 she became more active politically. Parsons became a member of the Communist Party. Like before, she demonized capitalism and advocated for the armed revolution against any capitalist symbols in the US. She continued lecturing the workers on their industrial rights until her twilight years.

Lucy Parsons died on March 7, 1942, aged 89 years. She died during a fire that engulfed her house in Chicago. She was buried in the Forest Home Cemetery in Chicago, next to her husband’s grave.

In remembering Lucy Parsons, a memorial book center in Boston bears her name. The Wicker Park in Chicago was renamed to Lucy Parsons Park after her.

A decade after her death, African American activist Malcolm X used her clarion call “By Any Means Necessary” to rally the black community in agitating for their rights.