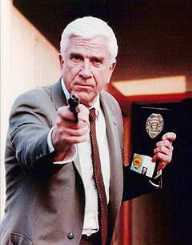 Canadian actor, comedian, and producer Leslie William Nielsen was born on February 11, 1926, in Regina, Saskatchewan, Canada to Ingvard Eversen Nielsen and Mabel Elizabeth. His father was Danish and was a constable in the Royal Canadian Mounted Police. His mother was a Welsh immigrant. Among his two brothers, elder brother Erik Nielsen served as the Deputy Prime Minister of Canada from 1984 to 1986 besides being a cabinet minister and a long-time serving Canadian Member of the Parliament.

Leslie Nielsen was brought up in a tiny hamlet near the remote Arctic Circle along with his brothers. The essential supplies could reach the place only twice in a month due to its isolation and inaccessibility. His family relocated to the town of Edmonton to facilitate the children to attend school. Leslie’s father was a ruthless abuser of his family members including his wife and Leslie himself. The torture inflicted upon Leslie by his father made him long for freedom since his childhood. He graduated from the Victoria School of Performing and Visual Arts in Edmonton and immediately joined the Royal Canadian Air Force to escape the clutches of his abusive father.

During the latter part of World War II, Leslie Nielsen received training to become an aerial gunner, but since he was just 17 years old, he was not capable enough to be trained sufficiently or sent on overseas assignments. The World War II ended shortly and he was released. He briefly worked as a disc jockey and announcer at a local Canadian radio station in Calgary, Alberta, after his discharge from the Air Force.

Leslie Nielsen landed his first significant role in 1949 in the television show Battleship Bismarck. Before that, he made his television debut in an episode of the tele-series, Studio One, sharing screen space with the likes of Charlton Heston. The following decade which is often referred to as the "Television's Golden Age," he was bombarded with live TV assignments and was seen appearing in more than 50 live TV programs and narrated several documentaries and commercials. Among the numerous live television dramas, one of the most prominent and memorable roles he played was in the television drama ‘Tales from Tomorrow’ (1951).

During the mid-1950s, Leslie Nielsen shifted his focus on feature films and relocated to Hollywood aspiring to make it big on the silver screen. He made his feature film debut in 1956 in the Michael Curtiz directed musical film ‘The Vagabond King.’ The film failed at the box office. However, it earned Leslie a role in the science fiction film ‘Forbidden Planet.’ The success of the ‘Forbidden Planet’ resulted in Leslie signing up a contract with the movie production house Metro-Goldwyn-Mayer (MGM).

The instant success of the ‘Forbidden Planet’ also resulted in Leslie getting a stream of roles in different feature films including ‘Ransom!’ (1956), ‘The Opposite Sex’ (1956) and ‘Hot Summer Night’ (1957). He starred opposite Debbie Reynolds in the romantic comedy ‘Tammy and the Bachelor.’ The film enhanced his reputation of a handsome romantic lead besides being an established dramatic actor. Leslie left MGM after an unsuccessful audition for the character of Messala in the epic film ‘Ben-Hur’ which got released in 1959.

Leslie Nielsen left the film industry mainly on the pretext of a shortage of good films and good roles on offer, and he severely criticized the studios as well. His next assignment was a lead role of an American Revolutionary War hero, Francis Marion in the Disney miniseries ‘The Swamp Fox.’ He appeared in 8 episodes of the miniseries which was aired between 1959 and 1961. After the Disney miniseries, he appeared in many television dramas that includes ‘Alfred Hitchcock Presents,’ ‘Justice,’ ‘The Wild Wild West,’ ‘The Virginian’ and  ‘Voyage to the Bottom of the Sea’.

Leslie Nielsen also appeared in the lead role in a Los Angeles police drama called ‘The New Breed’ in 1961. This was the decade when he was seen simultaneously appearing both in films as well as televisions. He appeared in leading roles in films like ‘The Bold Ones: The Protectors: and in television roles such as the police series ‘Hawaii Five-O.’

In the 1980s, Leslie Nielsen's film career resurrected again with his characterization of the poker-faced Dr. Shirley Rumack in the extremely lovable parody ‘Airplane!’ (1980). He received huge accolades for his portrayal of the hilariously inept police Detective Frank Drebin in the television series ‘Police Squad!’ in 1982. His deadpan comic abilities in Airplane and Police Squad firmly placed him as a leading comedian of outstanding caliber.

In 1988, a film adaptation of the television series Police Squad was made titled, ‘The Naked Gun: From the Files of Police Squad!’. The film went on to become a landslide hit grossing more than $78 million at the box office. The grand success of this film also led to the making of its two sequels titled ‘The Naked Gun 2½: The Smell of Fear’ (1991) and ‘Naked Gun 33?: The Final Insult’ (1994). Both this films were major box office success.

Leslie Nielsen altogether married four times during his lifetime. His first marriage was with the nightclub singer Monica Boyar, which lasted from 1950 to 1956. He married for the second time with Alisande Ullman in 1958. The marriage ended in 1973. His third marriage was solemnized with Brooks Oliver in 1981 only to be concluded in 1983. In 2001, he married Barbaree Earl and continued the relationship until his death. He had two daughters from his second marriage.

Leslie died on November 28, 2010, after being admitted to the Holy Cross Hospital, Fort Lauderdale, Florida for treatment of complications related to pneumonia. His mortal remains were entombed at Fort Lauderdale's Evergreen Cemetery.