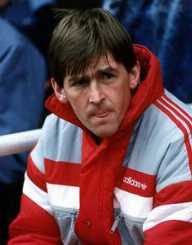 Kenny Dalglish was born on March 4th, 1951. His place of birth was in Glasgow, Scotland. He was a key striker for Celtic. After playing for the Celtic team, he went to become FWA Footballer of the Year for two times. This happened when Dalglish was playing for Liverpool. He was the first ever player to score 100 goals in both English and Scottish soccer. Later in his career, he became a player-manager first for Liverpool then Blackburn Rovers, Newcastle United, and Celtic.

Kenneth Mathieson Dalglish was born in 1951 in Dalmarnock which is the eastern end of Glasgow, Scotland. His upbringing was in the northern sections of Glasgow, Milton. Later on, his family shifted to Govan. This is the same environment where soccer icon, Sir Alex Ferguson was brought up.

Dalglish was a Rangers supporter right from the time he was young. His soccer career began with him playing as a goalkeeper. Shortly after, he opted to play the offensive position, and this landed him to Scotland Schoolboys youth. This team was in the under 15 categories.

In 1966, young Dalglish was given an opportunity to play as a tryout for Liverpool. Sadly, he did not make a good impression at first. This made him sign for Glasgow Celtic a year later.

After signing up for Glasgow Celtic, Kenny Dalglish did not play for the team right away. Instead, he was out on loan to Cumbernauld United. Later on, in September 1968, he made his first-ever appearance for the Celtic senior team. He spent a few years before gaining a first choice position as a striker for Celtic.

Soon, Dalglish proved that he could perform and help Celtic in winning games. With Dalglish as the striker, Celtic won First Division titles for four times. In addition to this, it won 4 Scottish and League Cups in the period, 1971 to 1977.

After significant success with Celtic, Kenny Dalglish joined Liverpool in 1977. His transfer fee was approximately $768,000. This was a record transfer during this time for the two British clubs. His impact on his new team Liverpool was profound. He wore Keegan's number seven shirt while making his first debut for Liverpool in August 1977. This was the season’s opener game held at Wembley.

After his success during the first season at Liverpool, the coming six years were also record-breaking. While still playing for the Reds, Dalglish helped Liverpool win two other European Cups. During this period, he won the FWA Footballer of the Year for two times.

In 1983, Dalglish scored his 100th goal for Liverpool. This made him gain the recognition of being the first player to reach this mark both in Scottish and British soccer. Five years later, he was named Liverpool’s player-manager. In 1990, Dalglish retired from football and continued with his management career until February 1991.

Kenny Dalglish success also extended internationally. He made an appearance in World Cup three times, i.e., 1974, 1978 and 1982. During this period, he made a record of 102 caps. He scored 30 goals in his international career.

Shortly after leaving Liverpool in 1991, Dalglish was named the Second Division manager for Blackburn Rovers. He was successful while managing this team and they made it into the premier league. In 1965, Dalglish led Blackburn into the League championship. Later on, he took the position of the club’s director for a full year before leaving.

After Blackburn, he spent a short period managing Newcastle United. After that, he was named director-turned-manager for Celtic for one season. In 2009, Kenny Dalglish was back to Liverpool, but this time he was managing the youth team. In 2011, he served as a Liverpool’s manager for a short period. He led Liverpool to clinch the League Cup in 2012 before his dismissal.

Kenny Dalglish had a wife is called Marina. They have been married together since 1974. The couple has four children including Kelly, Paul, Lynsey, and Lauren. In 2003, Marina was diagnosed with breast cancer. Nonetheless, she managed to recover from this.