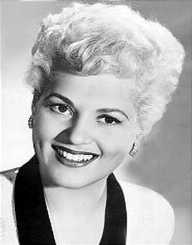 Judy Holliday was what Judith Tuvim was called at birth. Judy was a citizen of New York as she was born on 21st June 1921 in that city. Her parents did regular jobs her mother Helen Gollomb resorted to teaching music while her dad Abraham spent his time in fundraising. Like many other famous people, Judy’s parent’s marriage too after eight years.Judy Holliday was left in the care of her mother at her birthplace. Judy’s academic feat was no minor feat, and she gained 172 in her IQ test. When Judy was ten years of age, she performed exceptionally well at ‘Julia Richman High School and was the top performer.

Despite her high achievements, Yale Drama School had refused her admission in the year 1938, and thus, she did not pursue her academic journey. The reason for her not being admitted at Yale was due to her tender age. Instead, Judy took on the career of a switchboard operator at the Mercury Theater that same year

When Judy Holliday took on the role of a switchboard operator to work for Orson Welles, she hoped to develop into a scriptwriter. Judy's wishes came true when a club owner Max Gordon allowed her to display her scriptwriting and lyric talents. The club owned by Max was called Greenwich Village. It was Judy who had reached out to Six and Company, which was a collection of artists she encountered while on holiday. In 1944, Judy Holliday landed a contract with leading film group finally, and it was at the Twentieth Century-Fox. Holiday’s recommendation for her first film was that The Revuers feature in the movie entitled Greenwich Village. Unfortunately, Holiday’s first film was not a box office success. Her lack of success caused Holiday much dismay and thus did not take to Hollywood very well.

After that, Judy Holliday made appearances in ‘Winged Victory’ as well as in “Something for the Boys.” After her seven-year work engagement was terminated, she got back to her birthplace. Judy later made an appearance on Broadway in a production called, “Kiss Them for Me” in the year 1945. The character Judy Holliday so aptly portrayed got her recognized and led her to receive the celebrated Clarence Derwent Award. As the award was for her performance as a supporting star, she managed to get her break in 1946 finally. Judy made an appearance in the hit, “Born Yesterday.” Her role came by chance as the lead actress who was already cast for the role of the lead character, Billie Dawn had fallen ill. In this way, Holiday took over the leading role from Arthur in Garson Kanin's production.

From the initial opening of the play, Holiday took on the role as the lead for several years down the line due to the excellent audience response. The film caused Holliday to take the Academy Award for best actress. A few years after, Columbia Pictures acquired the “Born Yesterday” rights over.

Judy Holliday also took minor roles in a couple of films down the line. These included “Winged Victory” as well as “Something for the Boys.” After starring in these movies, Judy was sent away from the studios. Since her film career left her dismayed, Judy took her talents to the center stage. Her first performance on stage in ‘Kiss Them for Me’ saw her acting like some dumb blonde. Her ability to step into the shoes of a blonde became her best performance.
Alongside those achievements, in the year1949 she was the voice of a character in ‘On The Town.’

During that same year, Judy Holliday took her talents back to the film industry playing ‘Doris Attinger’ in ‘Adam’s Rib’ which was of a comedic genre. In Adam’s Rib, she acted with stars like Spencer Tracy as well as Katharine Hepburn.
Furthermore, in the year 1951, Holiday played the leading role in ‘Dream Girl’- another stage production.
A year later, Judy Holliday agreed to work with ‘Columbia,’ and she went on to act as Florence in ‘The Marrying Kind.’

The year following her success in “Dream Girl,”Judy Holliday was called to testify about her political relations by the ‘Un-American Activities Committee.’ Unlike many of her colleagues Judy was not blacklisted, but yet she found it difficult to find her feet in the film industry. Due to this, Holiday took to stage productions more than she featured on the big screen. A film she starred in called ‘Phffft’ came out a few years later. The year 1954 saw her act alongside Jack Lemmon in the film, ‘It Should Happen to You.’ Also in 1954, Judy played the role of a waitress in a movie entitled ‘Sunday in Town.

Judy Holliday also acted in more films the following year, playing a supporting role in the movie ‘Entertainment 1955’.
Her on-screen appearance didn’t last long as yet again; she took her spot on Broadway. Judy starred in the musical ‘Bells Are Ringing.’ Judy was on set for the film; ‘The Solid Gold Cadillac’ and it hit the big screen in 1956.

Judy Holliday's awards history includes being a recipient of the ‘Clarence Derwent Award’ in 1945.
Judy gained the Oscar Award during the year 1950 for her leading role in ‘Born Yesterday.’ Judy Holliday topped her accolades by bagging the ‘Tony Award’ for her feature in a musical in the year, 1956.
Judy Holliday's name is engraved on a star on the ‘Hollywood Walk of Fame.’

Judy Holliday married a conductor called David Oppenheim. They were married for the decade to 1958.