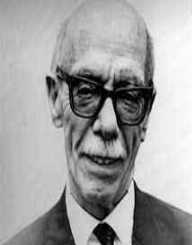 José María Velasco Ibarra was born on March 19th, in 1893. He was a renowned Ecuadorian politician. He served as the president of Ecuador five times.

Growing up, José María Velasco Ibarra took his early lessons from home. His mother homeschooled him. Tragedy struck the family when he was 16 years old. His father passed away.

Later, he enrolled with Colegio San Gabriel. After this, he went to the Central University of Ecuador where he obtained his jurisprudence doctorate.

Velasco Ibarra also tried his luck in writing and published some books such as Conciencia y Barbarie. Similarly, he offered his writing services as a columnist for an Ecuadorian newspaper called El Comercio.

José María Velasco Ibarra ran for office in 1933. During his first attempt, he garnered about 80% of the votes making him the 24th President of Ecuador. In his first term as the president, he tried his best to ensure to restore the good image of his country.

Two years later, he was exiled by the military to Colombia. He then ran for a second term as the president in 1940. However, during this time he did not win. His strong opponent Carlos Arroyo del Rio won the elections.

After that, he won the presidential elections which made him president for the third time. He was sworn into the office on September 1st, in 1952. In his third term in office, Velasco Ibarra managed to complete his term in office.

His tenure in office came to an end on August 31st, 1956. He won the love of many following the programs that he had created. Three hundred eleven schools were established with others under construction. Roads were also improved and others constructed.

José María Velasco Ibarra also won another presidential election which took him back to the office for the fourth time. However, he did not complete his fourth term as he was kicked out the following year. Eight years later, he raced for the office of the president and won the elections.

His fifth time as president began in 1968, but it also ended in early 1972. He went out of office through a bloody coup. Consequently, Guillermo Rodríguez Lara took over as the next president.

José María Velasco Ibarra tied the knot to Corina Parral de Velasco Ibarra in 1938. Unfortunately, his wife passed away after falling from a bus. She died in 1979.