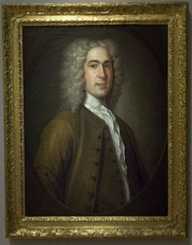 John Hancock is famous for being the first person to sign the Declaration of Independence, A U.S merchant and president of the Continental Congress.

John Hancock was born on 23rd January 1737, to senior John Hancock, a clergyman in Massachusetts and mother Mary Hawke. He lost his father as a child, and his mother took him up to live with the paternal relatives. Hancock was later sent to live with his childless aunt and uncle where he was legally adopted.

Hancock enrolled at Harvard College and graduated in 1754 and ended up working for his uncle. In the year 1759, he ventured into the city of London but later returned to the colonies in 1761. The uncle that he was living with died in 1764 due to continuous failing health and John inherited the family business. John worked hard and ended up being a wealthy businessman who owned a successful shipping enterprise.

John Hancock entered politics in the mid – 1760s and won two successive political positions on political affairs though on a  local low level but later on climbed the ladder to the colonial legislature. Due to his lavish lifestyle, the new British parliamentary tax rules and restrictions dealt his with a massive blow for he was involved in significant importing and exporting business.

The financial regulations like the stamp act was harshly protested against, and Hancock is alleged to have incited public protests and riots to avoid the British taxation introduced. It was rumored that Hancock resorted to smuggling of goods in his ships.

In 1768 one of his ships called the Liberty was seized by the authorities due to non-paid fees on imports of goods. Hancock was taken to court and ordered to pay an enormous penalty and the authorities’ actions resulted in violence and rioting in the streets of Boston. The military is what was summoned to stop the street protests.

John Hancock became a leader of the Massachusetts delegate to the second Continental Congress in the year 1774. Despite being hunted by the British authorities he and one more person managed to escape narrowly to Philadelphia.

George Washington was appointed as the Continental Army leader while Hancock was named president when the Congress met in the year 1775. Due to his wealth, Hancock would give the next American war financial support in its pursuit of independence while his position was more of a ceremonial position because the congressional decisions were achieved through a committee.

John Hancock resigned as president of the Continental Congress due to health problems in 1777, though he remained an active member. At the same time, he was in charge of Harvard institutional funds as a treasurer, but he was accused of misappropriation of funds.

In 1780, Hancock ran for the election and won to become the first governor of Massachusetts. With the deteriorating health, he resigned from office in the year 1785. Several accusations were made about Hancock’s mismanagement of the state’s economy, but yet he got re-elected to governor’s office in 1787. Hancock pushed for constitutional approval in his country; he presented amendments that were endorsed by the Federalist Party.

One of the many achievements in John Hancock’s life is having his name on the U.S presidential pool. Though he won a small share of the casted votes, he made a mark in history.