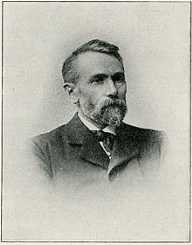 Johannes Diderik van der Waals, a pioneering physicist in molecular science, was born on 23 November 1837, in the city of Leiden in the Netherlands. His father Jacobus van der Waals was a carpenter, and he was the eldest of his ten children. His mother’s name was Elisabeth van der Berg. Due to financial constraints, it was not possible for his father to send him to the kind of traditional secondary school that would have made him entitled to receive University Education.

Johannes Diderik van der Waals studied in a school of advanced primary education and completed the course in 1852 at the age of 15. He worked as an apprentice to a teacher in an elementary school. From 1856, he started acquiring the necessary qualifications to become a primary teacher. He cleared the required level of examination and became a teacher. Soon, his sharpness and keen efforts bore fruit, and he was promoted to the position of Head Teacher where he started as an apprentice.

In 1862, Johannes Diderik van der Waals started attending lectures in Physics, Mathematics, and Astronomy at the University of Leiden without being enrolled as a regular student. University authorities had a provision for outside students who were not eligible for regular admission to the University. Taking advantage of the scheme, Van der Waals attended the lecture classes. The Dutch government proposed a new kind of secondary school for the benefit of the higher middle classes under the title HBS.

Van der Waals prepared himself well enough to clear the required examination for becoming a teacher in this category of schools. In 1865, he was selected for the post of a physics teacher at the HBS in Deventer. Soon, he was appointed to the same position in an HBS in The Hague. Hague was very near to Leiden, and he resumed his University courses taking advantage of the distance.

According to the University Laws, Johannes Diderik van der Waals was still not eligible to pursue University education as a regular student due to his lack of knowledge in the classical languages. However, as per a change in the rules, the law could be exempted in some instances. Van der Waals received a recommendation from the Ministry of Education for such exemption and thus became eligible for enrolment as a regular student. He also passed the qualifying examination in Physics and Mathematics for his doctoral studies. On June 14, 1873, he received his doctorate after the successful presentation of his thesis that explained ‘the continuity of the gaseous and liquid state.’


The newly established Municipal University of Amsterdam appointed Johannes Diderik van der Waals as its first professor of physics in September 1877. He continued to be a faculty of the University until his retirement at the age of 70 and worked on many research projects under the patronage of the University. After his retirement, he was succeeded by his son Johannes Diderik van der Waals, Jr.

Van der Waals was a pioneering giant in the field of molecular science. His thesis on the continuity of the gaseous and liquid state is a hallmark in Physics. He first introduced the concept of molecular volume and molecular attraction through this dissertation. Working on his pet subject thermodynamics, he introduced the idea of a critical temperature below which a gas can be condensed into two states, vapor, and liquid while above it there is only a homogenous vapor phase. He also assumed the existence of molecules with their definitive size and the concept of intermolecular force. The molecular attraction between two molecules was later referred to as Van der Waals force.

‘Law of corresponding states,’ a theory he published in 1880, is thought to be his second most significant discovery. Using the law as a guide, James Dewar performed the liquefaction of hydrogen gas in 1898. In 1908 the same guidelines were adopted by Heike Kamerlingh Onnes during liquefaction of Helium gas.

In 1890, Johannes Diderik van der Waals published a thesis on the theory of binary solutions and related his equation of state with the second law of thermodynamics. In 1893, Van der Waals introduced the theory of capillarity beginning a new chapter in the field of thermodynamics. The concept of the existence of molecules and their continuous motion was not accepted at that time, and his theory of capillarity remained controversial till the next development.

In 1910, Johannes Diderik van der Waals was conferred with the Nobel Prize in Physics for his work on the ‘Van der Waals Equation.’

Van Der Waals loved to go for walks and read during his free time. He married Anna Magdalena Smit in 1865. The couple was blessed with three daughters and a son. His son Johannes Diderik van der Waals Jr. is a theoretical physicist and succeeded him at the Municipal University of Amsterdam after his retirement. His three daughters were Anne Madeleine, Jacqueline E. Van der Waals, and Johanna Diderica.

Johannes Diderik van der Waals' wife died in 1881 at the age of 34 after suffering from tuberculosis. He did not marry for the second time and remained a widower for the rest of his life. He even did not publish anything for close to a decade after the untimely death of his wife. On March 8, 1923, he died in Amsterdam a year after the death of his daughter Jacqueline.