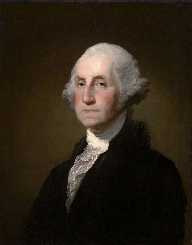 James Madison Jr, the fourth president of United States and one of the founding fathers was born on March 16, 1751. He was the oldest of 12 children to his father James Madison Sr and mother Nelly Conway Madison. Thee of his younger brothers died as infants. But in 1775 one of his sisters and brother died from dysentery during an epidemic.

When James Madison was 11 years old, until 16 years of age, he went to study under Donald Robertson - instructor in King and Queen County, Virginia. The Scottish teacher tutored him in mathematics, geography, modern and classical languages. At the age of 16, Madison returned to his home estate and began a two year course under the tutorage of Reverend Thomas Martin, to prepare for college. He enrolled at New Jersey college (now Princeton University) in 1769.

James Madison was educated by Presbyterian tutors, but he was interested in reading English deist tracts. As an adult, he didn’t pay much attention to religion. Many believe that Madison formed many of his outlooks on life with a Christian worldview, but he never left any trace of his own religious convictions.

James Madison's first step towards life in public service was in 1774, when Madison took a seat on the local Committee of Safety- a pro-revolution group that oversaw the local militia. He was interested in the relationship between American colonies and Great Britain over the issues of British taxation. In 1775 he became the colonel of the Orange County militia, but he never assumed combat role due to poor health.

From 1776 until 1779 Madison served in the Virginia state legislature and became a protégé of Thomas Jefferson. He promoted constitutional guarantees for religious liberties in Virginia, which helped him form his ideas about religious freedom which he applied to the Constitution of United States. He and Thomas Jefferson drafted the Virginia Statute for Religious Freedom, which constricted the Church of England and later lead to changes involving separation from Great Britain and Church of England.

From 1780 until 1783 Madison was the delegate of Continental Congress. He persuaded Virginia to give up its claims to some of northwestern territories, which helped to form The Northwest Territory, from which new states were formed. He was re-elected to the Virginia House of Delegates from 1784 to 1786. During this time he became concerned with what he saw as “excessive democracy”- tendency for delegates to cater to particular interest of their constituents, even if it was destructive to the state at large. He believed this was the cause of large social decay.

In 1787 Madison represented his state at the Constitution Convention. He campaigned for a strong central government. He joined efforts with Alexander Hamilton and John Jay to get the constitution ratified.

In 1789 he gained a seat in U.S. House of Representatives and became the force behind the Bill of Rights. He wanted to assure the right to freedom of speech. In 1801, Madison joined Thomas Jefferson’s administration to serve as the secretary of state. One of the biggest challenges in his career was the Embargo Act of 1807.

Great Britain and France were at war, and American vessels were caught in the middle - often seized by both sides, to prevent trading with the enemy. The Embargo Act prohibited American vessels from traveling to foreign ports, which turned out to be devastating for the American merchants.

James Madison won the 1808 election, running on the Democratic-Republican ticket by securing close to 70% of the electoral votes. Relations with Great Britain were still under tension, and many politicians called for a war on Great Britain. Although Madison worried that the nation is not capable of actively fighting Great Britain, he also understood that the assaults on American ships should not be tolerated. In June, 1812 United States declared war on Great Britain. U.S. navy was outmatched by the British, but Madison still managed to win the election again.

In 1814, British forces invaded Maryland and the government had to flee the capital. White house and Capitol were among the structures destroyed when the British soldiers reached Washington. Following month, U.S. troops stopped another British invasion. Both sides agreed to end the war in 1816.

James Madison married at the late age of 43. His wife - Dolley Payne Todd was a 26-year-old widow. The couple didn’t have their own children, but Madison adopted Todd’s son from first marriage. The couple were known to have a happy marriage. His wife had excellent social skills, which she first put to use when Madison was the secretary of state. When her husband was the president, she created the role of First Lady. Dolley was accredited for Madison’s popularity.

In 1817, James Madison left the office. He and his wife Dolley retired to his home estate. Madison ran the plantation and together with Thomas Jefferson served to create the University of Virginia. In 1826 he took the role as its Rector. He also co-founded the American Colonization Society, which aimed to return freed slaves to Africa.