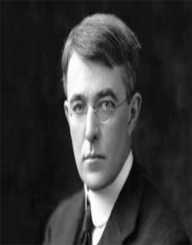 Irving Langmuir was born on January 31, 1881. He was an American chemist and physicist. He won the 1932 Nobel Prize in Chemistry. He got the prize because of his works on surface chemistry. He was also well known for his publication which was released in 1919 titled ‘The Arrangement of Electrons in Atoms and Molecules.’ From a very tender age, he was so curious and observant that his love of nature grew and so he decided to be a chemist so to explore nature’s fullness. He died on August 16, 1957.

Irving Langmuir was born on January 31, 1881, in Brooklyn, New York. He was born to Charles Langmuir who was an insurance executive and Sadie. He was brought up alongside three siblings. Irving and his siblings were brought up in such a manner that they were so curious about nature and what it had to offer. He attended Chestnut Hill Academy where he graduated in 1898. He was an outstanding student and developed interests in Physics, Chemistry, and Mathematics.

Irving Langmuir had an elder brother, Arthur, who was a research chemist and he made Irving love chemistry even more. He influenced him into having a career as a chemist. Arthur also helped him set up a chemistry laboratory at the corner of his bedroom.

After graduating from the University of Gottingen, Irving Langmuir went ahead to teach at the Stevens Institute of Technology in Hoboken, New Jersey. He taught at the school until 1909 when he got a job as an associate director at the General Electric Research Laboratory in New York. While he was working at the laboratory, he improved the design for the tungsten filament of the incandescent bulb which was being worked on by the lab when he joined as an associate director.

Irving’s improvisation of the filament led to the bulb being commercially successful. He was so much into the chemistry that he started studying gases. He developed an atomic hydrogen welding torch from his study of the hydrogen gas.

Irving also invented a fast and efficient vacuum pump from his investigation of thermionic emission. His love for chemistry led him to write so many articles on absorption, condensation, and evaporation of gas molecules at solid surfaces. He also wrote articles on the arrangement of atoms in the surface layers of liquids. He published a paper on the chemistry of oil films in 1917.

Two years later, Irving Langmuir wrote the article ‘The Arrangement of Electrons in Atoms and Molecules.’ In 1924, he invented the Langmuir probe which is an electrostatic probe for measuring temperature and density. This examination is mostly used in plasma physics.

Irving and Katharine Blodgett studied thin films and surface absorption and introduced the concept of monolayer and two-dimensional physics. He discovered Langmuir circulation due to his observations of windrows of drifting seaweed on the Sargasso Sea. He retired from being a chemist in 1950 and remained a consultant until his death.

In 1928, Irving Langmuir bestowed the Perkin Medal. In 1932, he was awarded the Nobel Prize in Chemistry for his discoveries and investigations in surface chemistry. In 1934, he received the Franklin Medal from the Franklin Institute for his contributions to chemistry.

In 1912, Irving Langmuir married Marion Mersereau with whom he adopted two children, Kenneth and Barbara. He succumbed to a heart attack on August 16, 1957, in Wood Hole, Massachusetts, United States.