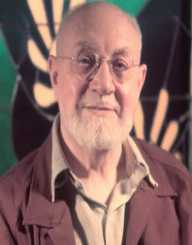 Henri Matisse was born on the 31 December 1869 in Picardy, France, Le Cateau, Le Cateau-CambrÃ©sis, Nord. He was a professional painter, sculptor and distinguished draughtsman-ship skills made him an icon in his own league. He is one of the greatest colorists of the twentieth century in respect to his novelties.

Henri Matisse was born and raised in a middle-class family. His parents Emile-Hippolyte-Henri Matisse and Anna Heloise Gerard were grain farmers and hardware merchants. The young man grew up in Bohain-en-Vermandois where he also went to school at the College de Saint Quentin. Later on, moved to Paris in his pursuit to study law. He also attended the famous Académie Julian in Paris and studied with other great scholars like William-Adolphe Bouguereau and GustaveMoreaumasters.

At the same time, Henri Matisse also studied contemporary art, especially that of the impressionists and went back home as a law clerk. Consequently, as a result of the ups and downs of the law profession, he found the job very tedious. Unfortunately, later the same year, he contracted appendicitis hence spending the better part of that year in the hospital. It was during this prime age that he discovered the new profession of freedom of painting.

In 1891 Henri Matisse had to move to Paris for his artistic training. He learned from one of the best and famous in the industry. These schools taught in accordance with the “academic method,” of that time that required one to work from live models. These practical’s included copying some of the greatest works of Old Masters. Besides, Matisse got a chance of getting exposed to the recent works of Vincent van Gogh and Paul Cézanne during his stay in Paris. In 1890 Henri began to show some of his works in a large group of exhibitions in the capital of France.

By 1896, Henri Matisse exhibited some five paintings in the salon of the SociétéNationale des Beaux-Arts. The French government bought two of these paintings. In 1900, he had earned a good amount of money from the paintings of a frieze for the World Fair at the famous Grand Palais. He traveled widely and, as a cultured tourist developed his own unique life of art. Some of his primary works included a sculpture of an imitation of the French sculptor of Antoine-Louis Barye. By 1903, he had completed ‘The Slave of a standing male nude’ in clay.  His artistic works received some of the most favorable attention of this Era. In 1898 he married Amélie Matisse Parayre, with whom they had three children.

His breakthrough came in between the years of 1904 and 1905. This breakthrough was as a result of his visit to Saint-Tropez in southern France. The visit inspired him to change his previous painting style to the new one which he used to paint bright, light-dappled canvases.

In 1904, Henri Matisse painted the famous LuxeCalmeetVolupté in the neo-Impressionist style while on the other hand, he employed the divisionist technique advocated by Impressionist painter, Paul Signac. The painting's title comes from the famous poem L'Invitation au voyage. He also created one of his major works known as the La Danse especially for the Russian art collector Sergei Shchukin between the years of 1909 and 1910. La Dance is recognized as "a key point of (Matisse's) career life. Between the years of 1906 and 1917, Henri Matisse had made a series of trips to African countries that most especially in the states of Morocco and Algeria. It was here where he absorbed some of the African influences in his later works. He introduced the use of black as one of the colors in his paintings. The color black brought a new impudence in the use of dominant color as in L'Atelier Rouge.

Some of his greatest works included the Dance II that he created in 1932 at the American art collector as a result of Albert C. Barnes’s request. It emphasized the aspect of flattening, simplicity, color and the use of paper cut-outs. Some of Matisse's final works include ‘Blue Nudes,' which is a series of paintings that were executed by him and represented female nudes either standing or seated in color blue signifying volume and distance. In 1952, Henri Matisse also established a museum that is dedicated to his lifetime work known as the Matisse Museum in Le Cateau, his backyard. Currently, the museum is now the third-largest collection of Matisse works in France.

In the year1925, Henri Matisse received the French Legion of Honor. This is the highest decoration in France. In 1927, the Carnegie International jury bestowed first prize of $1,500 to this great artist of his time. His art continues to beguile not only among his fellow artists but also collectors, who have bought his paintings for massive amounts. Some have bought it at as much as $17 million. The fact is that recent and upcoming blockbuster exhibitions suggest. Henri Matisse continues to be one of the favorites of the artists Worldwide. He is indeed a unique artist as his words suggested it. At one time he declared that “An artist must never be a prisoner. Prisoner? An artist should never be a prisoner of himself, prisoner of style, prisoner of reputation, prisoner of success.