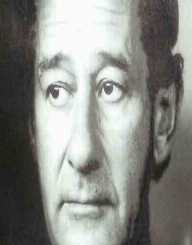 Helmut Neustadter was born on October 31, 1920, in Berlin, Germany. His parents were Klara and Max Neustadter. Later in life, he changed his last name to Newton, which is the name he is best known for now.

Helmut Newton loved photography even as a child. He got his first camera as a child and used it on every occasion he could. As a child, he also studied as the Heinrich von Treitschke Realgymnasium. As a teenager, he studied at the American School (which was actually in Berlin, Germany). However, he never graduatedschool as he was expelled due to poor grades.

In 1936, when Helmut Newton was still just a teenager, he earned his first professional photography job working under another photographer, Else Simon. He worked with her for only a couple of years, as the Nazis were gaining power in Germany and all around Europe. Being Jewish, staying in Germany was not a safe idea for Newton or his parents. His parents moved to South America to avoid persecution. Newton was instructed to move to China, however, he stopped in Singapore on the way, and decided to stay there instead.

While in Singapore, Helmut Newton earned a job working as a photographer for a newspaper called Straits Times. However, he only worked here for a couple of weeks before getting fired.

In the late 1930’s, Helmut Newton was involved with a rich older woman who loved his photography. She funded his artistry, which helped him to open his own photo studio, which he would later call Marquis. However, this business venture was not successful.

In 1940, World War II was in full swing. It was in this same year that Helmut Newton was discovered in Singapore by British soldiers, who thought he was an enemy. They sent him to Australia, where he stayed in a camp for about two years.

Once out of the camp, Helmut Newton served in the Australian Army. Here, he did not fight in combat, but instead, he drove trucks. He held his position until the end of the war. After the war, he decided to earn Australian citizenship. It was also at this time that he changed his last name from Neustadter to Newton.

In 1946, Helmut Newton opened up a new photography studio in Melbourne. Here, he focused on fashion photography. This studio was more successful than his last studio.

The 1950’s were a busy time for Newton. In 1953, he had an exhibit with Wolfgang Sievers called New Visions in Photography. A few years later, Newton moved away from Australia to spend some time in Europe. He initially worked for a magazine in England (but this only lasted about a month) before he moved to Paris. While here, he worked for both French and German magazines.

In 1961, Helmut Newton moved back to Australia, here he worked for Australian Vogue. However, he did not stay here for long, as he headed back to France to work with French Vogue instead. He worked for many facets of the Vogue magazines over the years, as the magazine loved his unique style of photography. He was especially well-known for his stunning black and white photos.

Some of the famous magazines that Newton has been featured in are listed below.

From the 1970’s onward, Helmut Newton started to focus on publishing photography books. His first book came out in 1976 and was titled White Women, which was a fashion book. His later books would all be fashion-based or at least based on the human form. Some of his other famous books are listed below.

All of Newton’s awards are due to his work in photography. Some of his most prestigious awards are listed below.

Helmut Newton married June Browne in 1948. The couple were married until death.

In 1970, Helmut Newton suffered a heart attack. From here on to the rest of his life, his health would not be as great as it was before his heart attack. It was also around this time that he became less involved with photography (simply for health reasons). Helmut Newton died on January 23, 2004, in West Hollywood, California, USA. His cause of death was a car accident. He was 83 years old when he passed away.