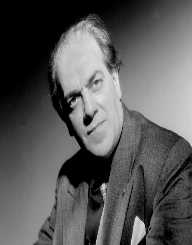 Heitor Villa-Lobos was born 5th March 1887, in Rio de Janeiro, in Brazil. His father was a librarian who also loved astronomy. Furthermore, he was a musician, and hence, Villa-Lobos learned to appreciate music as a result of this.

Europe was the main influence on Brazilian music before the revolution in 1889. After that time, Brazil started to find its own way from a musical standpoint.

Villa-Lobos had a small amount of formal training in the European-influenced style of music. As well as this, his father always held musical nights at their home. As a result, Villa-Lobos got most of his musical training by learning on these evenings.

It wasn't too long before Villa-Lobos could play the cello, clarinet, and guitar.

In 1899, his father passed away. As a result, Villa-Lobos became the breadwinner for his family. He was able to earn his income by performing in local orchestras.

Villa-Lobos began to study the Brazilian music scene in 1905. He spent the next ten years learning the different styles. Africa and Portugal had a large influence on Brazilian music at the time. As a result, these influences were apparent in the early music that Villa-Lobos composed.

He settled down to become a composer after his marriage in 1912. Villa-Lobos started publishing his music the following year.

Playing in chamber concerts from 1915-1921 allowed his music to become more well-known and established.

Villa-Lobos met other world-class musicians of his era as he continued to become more famous. This included the composer, Darius Milhaud, in 1917. Milhaud introduced Villa-Lobos to many of Europe's best composers and their music. Consequently, Villa-Lobos shared Brazilian street music with Milhaud.

He then met Arthur Rubinstein in 1918. Rubinstein was a pianist, and the pair became friends for the rest of their lives.

In 1922, Villa-Lobos performed some of his music at a local festival, but the audience didn't like his work. A few months later when Rubinstein also performed work by Villa-Lobos, the reaction was the same.

In 1923, with the encouragement of Rubinstein, Villa-Lobos sailed for Paris to tour with his music. He was in Paris during 1923-1924, and again in 1927-1930. His music received a much better reception in Paris than it did at home.

Brazil had yet another revolution underway in the early 1930s. As a result, money could not be taken out of the country. This forced Villa-Lobos to remain in Brazil and look for work locally.

He was appointed as Director of the Superintendent of Musical and Artistic Education (SEMA) in 1932. The role entailed organizing concerts, and it also allowed Villa-Lobos to continue composing his own works.

Villa-Lobos released many works during this period that were patriotic and educational. Some musicians did not like his change in direction, but Villa-Lobos carried on regardless.

The revolution and the reign of Vargas ended in 1945. This enabled Villa-Lobos to travel overseas once again. As a result, he regularly visited countries such as Great Britain, Israel, the United States, and, of course, France.

He fulfilled many commissions over the next few years. This included writing a film score for MGM in 1958.

Villa-Lobos is known as one of the best South American composers in history. He has had more influence on Brazilian art music in the 20th century than any other person. He also composed more than 2,000 works during his career.

Villa-Lobos married Lucilia Guimaraes, in 1912. Their marriage ended in 1936, but they never divorced.

He then started a relationship with Arminda Neves d'Almeida, who was also a musician. Although they lived together until Villa-Lobos died, they never married.