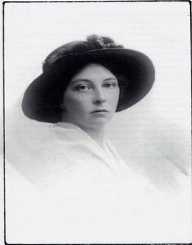 Grazia Deledda was born Grazia Maria Cosima Damiana Deledda on September 27th, 1871. She earned her fame for being an Italian novelist who won the Nobel Prize in Literature during the early 1920s.

Grazia Deledda was born in a village that was highly conservative. As a result, her early publications made her appear as an outcast in the society where she existed in. However, this did not stop her from writing. On the contrary, she continued writing under a different pen name. Earning the Nobel Prize made her the first-ever woman of the Italian descent to take home the prize.

Grazia Deledda was born on September 27th, in 1871. Her place of birth was in Nuoro in Sardinia. After enrolling for her first elementary school, she was later taught by a private tutor. After that, she took her studies on her own and focused on literature. The struggles that she saw from her surrounding society inspired her to keep writing. Her early books focused on the Sardinian way of life, which was nothing but a struggle.

In 1892, Grazia Deledda published her debut novel titled Fiori di Sardegna, which means Flowers of Sardinia. There were other works that she had published including Nell’azzurro, which was officially released in 1890. This could be regarded as her first professional piece as a writer. At this stage of her writing career, her family did not back her up. Her works primarily criticized social values that existed in the society.

Other forms of writing that Deledda engaged in include poetical works such as Paesaggi Sardi. Speirani published this work in 1896.

Grazia Deledda's career turning point came at a time when she had migrated to Rome. This was during the 1900s, and she had been married to Palmiro Madesani. Before this, she had published Anime oneste -1895 and Il Vecchio Della Montagna – 1900. These works got her high acclaim among her audience.

While in Rome, Grazia Deledda lived peacefully with her loving husband and their two kids. She continued her writing and ensured that she published one novel in a year. The year 1903 marked her first taste of real success. At this time, she had released Elias Portolu. Several other publications followed including Cenere – 1904, L'edera – 1908, Sino al confine – 1911 and Canne al vento – 1913. The latter was her most notable book in Italy.

Grazia Deledda’s contribution to literature was perceived as unique and that it shed light on the real sufferings of human beings. She was bestowed with a Nobel Prize in 1926.

Grazia Deledda was married to Palmiro Madesani in 1900, and they had two sons in their relationship. Her husband worked as a civil servant.