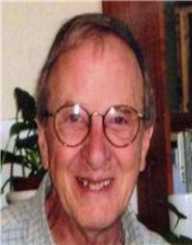 Gerard Peter Kuiper was an American scientist of Dutch origin. He is credited on his work in the planetary science discoveries.

Gerard Kuiper was born as Gerrit Pieter Kuiper in Harenkarspel, Holland on December 7, 1905. He later adopted the English version of his name Gerard Peter Kuiper. He picked interest in planetary sciences early in his childhood. He studied at Leiden University from 1924 to 1927. He graduated with a Science degree majoring in Astronomy. In 1933 he earned his doctorate in Astronomical Studies.

He then went to the US and settled in California. He continued his research work at the Lick Observatory. Kuiper joined the Harvard College Observatory in 1935. He applied and got his American citizenship in 1937. He later went to the Yerkes Observatory based at the University of Chicago. He served as the director of the institution from 1947 to 1949. He got another term as director from 1957m to 1960. As a resident lecturer, he helped students achieve their dissertations. One of the students Carl Sagan became a respected astronomical researcher in the US.

Gerard Kuiper discovered that the Solar System is made up of satellite planets. He studied the atmospheric composition of planets to detail. He made the discoveries on two planets, Mars and Saturn in 1948. On Mars, Kuiper discovered that the planet was made up of predominantly carbon compounds. On Saturn, he found the existence of a high content of methane. The Mars carbon theory was confirmed by a scientific expedition in 1965.

In 1948, Kuiper discovered a satellite moon on the orbit of Uranus. He called the satellite moon Miranda. He discovered another satellite moon of the planet Neptune. He called the new moon Nereid. He noticed that as compared to his first moon discovery Triton, Nereid was much smaller in size. His studies on the two planets produced new astronomical discoveries. He noticed that planets and their constituent moons revolved in their axis waves later called the Kuiper bands. He also noticed the high presence of the gas methane in the orbit wavelengths. He studied and discovered other monumental facts like the existence of binary stars. The stars were later renamed KUI 79 according to the Kuiper numbers.

In his career, he led numerous space research studies. He was an integral part of the US Space Agency programs during the cold war. After his work based at the Yerkes Observatory Center, Kuiper relocated to Arizona. He founded the Lunar and Planetary Laboratory. He worked in conjunction with the University of Arizona in establishing the space research center. He served as the director for thirteen years until his death.

Gerard Kuiper helped the first US space exploration astronauts to locate a safe landing site on the moon. He continued working with following Apollo Space programs. He was part of the discarded secret mission to test a United States nuclear warhead on the lunar surface.

Gerard Kuiper was feted on numerous occasions. In 1947 he was awarded Jules Janssen Prize by the Astronomical Society of France. In 1959 he received the Henry Norris Russell Lectureship prize. In 1971 he got the Kepler Gold Medal. This is the highest medal given out by the American Association for the Advancement of Science.

A building in downtown Arizona was named after him. In orbit, a minor planet 1776 Kuiper bears his name. Three craters on Mercury, Mars and the Moon were named after Kuiper. In the Antarctica region, the massive escarpment Kuiper Scarp takes his name.

The American Astronomical Society established a prize award named Kuiper Prize. The prize is an annual award given to scientists with exemplary input in the research and scientific planetary work.

Gerard Kuiper had significant fallout with his partner Harold Urey in the 1950s. The two formed a team to further their research in the world of planetary science. The joint project disintegrated into an intellectual disagreement and eventual fallout. The fallout became publicized the Hot Moon Cold Moon acrimony.

Gerard Kuiper met his wife when he was a lecturer at Harvard University. He married Sarah Parker Fuller on June 20, 1936. The marriage terminated upon his death.

Gerard Kuiper died aged 68 on December 23, 1973, in Mexico City, Mexico. He died of a cardiac arrest while on a family vacation with his wife.

He is considered the father of modern planetary science by the scientific world. He contributed immense and in-depth insight to our understanding of the solar system. He enabled the success of the early orbit exploration by American astronauts.

He authored several journals and wrote his autobiography giving insight to his journey in all the discoveries he made.