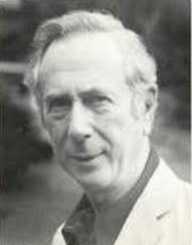 George Rochberg was born 5th July 1918, in Paterson, New Jersey, in the United States. He studied at the Mannes College of Music, followed by the Curtis Institute of Music. During World War II, Rochberg served in the U.S. Army infantry.

Up until the death of his son in 1964, George Rochberg had composed predominantly using the serialism style. After his son died, Rochberg stopped composing with this style believing it didn’t offer the depth for emotional expression.

He taught at the University of Pennsylvania until 1978, and he was chairman of the music department during that time, up until 1968. He became the first Annenberg Professor of Humanities in 1978.

George Rochberg had several publications released. These included a collection of essays in 1984 called The Aesthetics of Survival, and his memoirs, Five Lines, Four Spaces, was published in 2009.

He was prolific with his composing. He had 15 orchestral works, including six symphonies, several of which were recorded. There were four Concerti pieces, two Wind Ensemble works, and an opera, The Confidence Man, that he wrote for in 1982.

Rochberg also wrote many pieces of Chamber music. There were 32 pieces, ranging from two players through to five players. Along with all this, he had two instrumental pieces and 13 works that were written for the keyboard. He also wrote 16 choral pieces.

George Rochberg received many awards and honors throughout his career. These included:

His works are stored at several locations including the Paul Sacher Foundation in Switzerland, the Library of Congress in Washington D.C., and several other locations throughout the U.S.