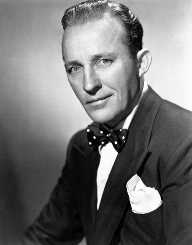 Composer Frederick Loewe was born on 10 June 1901 in Austria into a musical family. His father was a Viennese tenor famous for the creation of the role of role of Prince Danilo in The Merry Widow. Loewe showed musical ability at a young age, and by the age of 13, he had appeared as a piano soloist with the Berlin Symphony Orchestra. At the same time, he was already composing songs. His song Katrina, which he wrote at the age of 15, was a hit in Europe.

In 1924 Loewe relocated to the United States and initially had problems because of his lack of English. He took on a series of jobs to support himself including being a mail carrier and a prizefighter. He also played the piano in beer halls and the organ in a film theatre during the silent film era. Loewe joined the Lambs Club in New York City and sold his first song, Love Tiptoed Through My Heart, to Broadway in 1935. Success continued to evade him although he continued selling songs including Petticoat Fever and A Waltz Was Born in Vienna. He also worked on various revues.

Then in 1942, he was introduced to Lerner, and they began their musical collaboration.

Loewe and Lerner's first success was with the music and lyrics for Brigadoon (1947). The musical won the New York Drama Critics Circle award for Best Musical. In 1951 they had another success with Paint Your Wagon. They were then asked by a film producer to adapte the George Bernard Shaw play Pygmalion into a musical.  They initially turned down the idea, but they finally did so in 1956. The result was My Fair Lady which debuted on Broadway in with Julie Andrews and Rex Harrison playing the parts of Eliza Doolittle and Henry Higgins respectively. My Fair Lady was a huge hit and ran on Broadway for two years. Loewe and Lerner went to work on the Academy Award winning film Gigi (1958) which produced the hit Thank Heaven for Little Girls. They had another hit with Camelot which starred Julie Andrews and Richard Burton.

During his partnership with Lerner, Loewe help produce many classic songs including I Could Have Danced All Night, Thank Heaven for Little Girls, On the Street Where You Life, Gigi and If Ever I Would Leave You.

He was married to Ernestine Zerline (1931-1957), but they divorced and had no children together.

After spending his retirement years in Palm Springs, California Frederick Loewe died at the age of 86 from a heart attack in 1988.