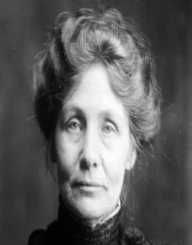 Emily Greene Balch was a great activist born in January 1867. Throughout her career, she led many great developments.  Her association with the Women's International League for Peace and Freedom or WILPF tops all her contributions. It even earned her the 1956 Nobel Peace Prize.  WILPF organization comprises of women from all over the world who advocate against exploitation and oppression.  She was initially appointed as the secretary-treasurer and later the Honorary International President of the organization. She was indeed a woman of substance. Given that Emily was from a noble family, she received the best education along with her siblings. Her father was a prominent lawyer. She remained single in her entire life.

Emily Greene Balch was born in January 1867 to a wealthy family. Her place of birth was in Boston in the United States of America.  Francis and Ellen Balch were her parents. Her father was a renowned lawyer. He once worked for Charles Sumner, one of the United States Senators. He worked for him as his secretary. Together with Emily, her parents had six children. Her parents instilled good morals in her from a young age. This greatly influenced the person she later became.

Emily Greene Balch attended Miss Catherine Ireland's School situated in Boston. In 1886, she joined The Bryn Mawr College. She studied economics at the institution and graduated in 1889. From 1890 to 1891, she studied economics in Paris under Émile Levasseur. Meanwhile, she also took classes at the University of Chicago as well as Harvard. From 1895, she furthered her economic studies in Berlin till 1896.

In 1896, Emily Greene Balch began her career at Wellesley College. She dutifully taught economics as an assistant. She proved to be a hardworking person and was an exemplary teacher. She was therefore promoted to an economics and sociology professor in 1913. Meanwhile, she participated in organizations that dealt with social issues. She also involved herself in movements that helped suppressed and exploited women.

In 1910, Emily Greene Balch published her work Our Slavic Fellow Citizens. Later in 1914, she diverted her attention into political activism. This was after the First World War began. In 1915 she co-established the Women's International Committee for Permanent Peace. It was later called the Women's International League for Peace and Freedom or WILPF.

She co-authored the book Women at The Hague: The International Congress of Women and Its Results in 1915. Wellesley College did not want to be part of her radical behavior and activism. The college, therefore, ended her job contract in 1919. In the same year, she was appointed as WILPF’s secretary-treasurer. She later stepped down from the position after she had some health issues.

Emily Greene Balch won the prestigious the Nobel Peace Prize in 1956. She shared the prize with John Raleigh Mott. This was for her great contributions in the Women's International League for Peace and Freedom or WILPF. She was also appointed the Honorary International President of WILPF during her career.

Following ill health, Emily Greene Balch died on January 9th, 1961. She was 94 years old at the time of his death.