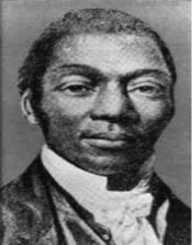 David Walker was one of the African-American revolutionary abolitionists. Also, he was antislavery activists and a writer. He was born in 1796 or 1797 to a family of an enslaved father and a free mother in Wilmington North of Carolina. Therefore, his status followed that of his mother according to the 'partus sequitur ventrem' law. This means that he was born a freeman like his mother. Although being born free did not make him forget his relatives that were enslaved like his father.

He was always interacting with the slaves and saw how their masters were treating them. So, when he could manage, he wrote a pamphlet-Appeal to the Colored Citizens of the World. The pamphlet was encouraging the slaves to rise and fight for equality. Some of the people back then saw him as an inciter. In short, they did not take kindly to him trying to stop their way of life through incitation. His death day was June 28th, 1830. He was only 33 years of age when he died.

The activist writer David Walker was born in Wilmington, North Carolina in the year 1796 or 1797. His actual year of birth is some of the few facts that have eluded historians. Some believe that his birthday was on the 28th of September 1785. He was born a free soul but to an enslaved father. However, his mother was a freewoman. Therefore, he took the social status of his mother. This was one of the loop-holes that saw to Walker being born a freeman at a time of hardship. Walker's freedom was not a hindering factor to the horrible acts that took place around him to the slaves. So, he decided that he was going to do something revolutionary.

In the year 1825, Walker made a significant change in his life by moving to Boston. There he would meet and marry his wife Eliza Butler, a lady from a prominent black family in Boston. After moving to Boston, Walker decided to start selling used clothes to people. Boston was one of the free towns for the blacks after the revolutionary war. So, many blacks that were living there were doing well for that period in time. Also, Walker made it a point to lend a helping hand to the many runaway slaves. In Boston, he took up many different roles including many civic responsibilities to help. He then later joined the church of Rev. Samuel Snowden: The Methodist Church.

Just after his move to Boston in the year 1825, Walker met and got married to his wife, Eliza Butler. The union, however, came later in the year 1826 but some believe that it was in the year 1828. The wife may have been from a prominent black family in Boston.

The Call for Change

In the year 1829, while staying in Boston, Walker made a move that left many in bewilderment. He published one of his pamphlets, -‘‘Walker's Appeal, in Four Articles; Together with a Preamble, to the Colored Citizens of the, but in Particular, and Very Expressly, to those of the United States of America’’. In his pamphlet, Walker relied heavily on the passage of the Bible and the Declaration of Independence to make his point. Some of the sections of the Walkers Appeal were advocating violence.

This made some of the abolitionists like William Lloyd Garrison to disagree vehemently with Walkers approach. However, he did not care as he saw it as the only way to make progress. So, he continued to publish two more editions of Walkers Appeal. Also, he had the belief that people will only live in peace if they regain their humanity and self-respect. From his store, Walker would sometime saw some of the article s in the clothes of the sailors. He was holding the hope that they would be able to give them to people in the South. This move was not welcomed by the slavers. So, they countered the move to disallow the distribution of antislavery material.

The death of this amazing man came sometime around August and June 1830. The date of his death like the rest of some his life remains a mystery to be solved. The slavers had managed to put a bounty on his head. So, most of his friends and colleagues urged him to move to Canada for safety. He chose to stay. Just a short while later he was found dead in Boston. According to the records of the Boston City records, it states that he died at the age of 33 years.

The message and the actions of Walker saw the seed that many were afraid. So, it changed how people looked at their stations as slaves. Moreover, he turned the perspective of the abolitionist movement entirely. So, there a slow and gradual method of doing away with slavery was no longer an option. They started to embrace a more radical approach toward eliminating slavery. Moreover, he believed that all freed slaves had the equal right to own land in America instead of going back to Africa.