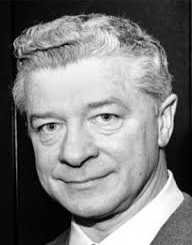 David Susskind was born in New York City, December 19, 1920, to Benjamin and Frances (Lear) Susskind. Before David reached one year of age, his family moved to Brookline, Mass.

David Howard Susskind was the oldest of three children; he had a younger sister Dorothy, and a younger brother Murray. They lived a comfortable middle-class life, and then once the Great Depression hit, they fell onto lean times.

On Saturdays, the family would listen to the Metropolitan Opera, and on Sundays, David and his father would go to the Old South Church Ford Hall, which helped him find his passion in life.

While in school, David Susskind excelled in English literature. He was able to recite Shakespeare soliloquies, while only in the 7th grade.  While attending Brookline High School, David won the William H. Lincoln Medal for his academic excellence.

As a junior, he became the editor of The Sagamore, his high school newspaper. In 1938, David graduated from Brookline High School, with honors. After graduation, he attended the University of Wisconsin, for one year.

Then he moved back to Boston, where David Susskind attended Harvard University, under their Department of Government. He graduated in 1942.

While attending Harvard, David Susskind worked as a candy vendor at the Old Howard Theater; this helped to spark his interest in the world of acting. After he graduated, he worked as a junior economist for the War Labor Board.

David Susskind had initially planned on becoming a teacher; however, when he joined the Navy during WW2, he changed his mind. He worked for a year on the Navy attack transport, Mellette, and saw the battle of Imo Jima.

He returned to civilian life in 1946 and realized he would not be able to work a regular job, such as teaching, again.

When he arrived back in New York, after military life, David Susskind applied at the Warner Brothers publicity office; he then took a better job at the publicity department at Universal International Pictures.

David Susskind worked on promotional tours and realized; he did not like working as a publicist and decided he wanted to try his hand, as an agent. So, in 1947, he won over Dorso at Century Artists and began his career as an agent.

His first major client was Lucille Ball. Everyone believed that her stardom was dead, so no one wanted her as a client. Susskind and a friend ended up buying the rights of a play, "Dream Girl," for her to star in.

It opened in Princeton and became a big hit, and put Lucille Ball back on the map. Within David's first year of working for Century Artists, he was overseeing the New York office.

Al Levy came back to New York, during this time, and the two of them started to realize the importance of television, so the two of them began to focus their efforts on people who wanted to work for television.

In 1956, David Susskind produced A Very Special Baby on Broadway.  From 1958 to 1965, his talk shows Open End ran. Then in 1965, Open End changed its name to The David Susskind Show, which ran until 1985. During this period, he had many interviews.

He interviewed many famous people, which included, Robert F. Kennedy, Nikita Khrushchev, Richard Nixon, and Muhammad Ali. He also focused on some safe topics and sometimes ventured into controversial issues, such as race relations, abortion, drugs, and the Vietnam War

David Susskind's personal life was more of a Hollywood drama affair. He was married twice. His first wife, Phyllis Briskin, whom he had three children with; two daughters, Pamela and Diana, and one son, Andrew.

He met Phyllis, while he was in college at the University of Wisconsin in 1939. He married her in the summer of the same year. They divorced in 1966. After he divorced Phyllis, he married Canadian actress, Joyce Davidson in 1966. They had one child, Samantha, together. David and Joyce divorced in 1986.

David Susskind was not very progressive when it came to the progression of women; he believed that a women's place was in the kitchen.  However, he did not hold it against his female co-workers, when (or if) they turned him down. He was known to allow women to advance in his company. He was a man of many contradictions.

David Susskind's philandering ways had not only cost him two marriages; it had also cost him at least one job. When he was working for MCA 1949-1951, he started an affair with the wife of the most profitable clients MCA

In 1954, Susskind asked J. Edger Hoover to interview on his show Television Playhouse. However, Hoover declined. Due to David's, controversial topics on his show, Hoover, decided to have the FBI investigate him. Susskind was almost blacklisted because there was another David Susskind, that was a communist sympathizer.

David Susskind was known as a risk taker and speaking out against the networks that he worked for. He would also speak out against the Hollywood types. Susskind, moreover, would hire actors, producers, and writers that most of Hollywood would deem not worthy to work with, because of their blacklist statues.

During the 1980s, David Susskind started to abuse prescription drugs. When he was found out, he went into treatment for them, where he was diagnosed with bipolar disorder. He also had a heart problem, which eventually leads to his death.

By the end of the 1960s, networks were moving away from talk shows. David Susskind was still able to film his show, but it didn't draw the audience like it once did. David still worked behind the scenes producing movies, television shows, and television specials. When he passed away on February 22, 1987, from a heart attack, he had many projects in the works.