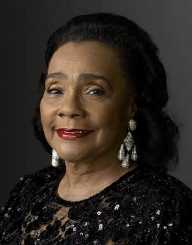 From a unique and rare perspective, I can seemingly say that an Alabama-born Coretta Scott King was a one of a kind lady. Being Mrs. Dr. Rev. Martin Luther King Jr, her leadership and work were just but a pathway that pressed on the ‘Black folk’ journey. Being an activist in her way, she made sure that she has brought countless contributions to social justice and human rights.

Coretta worked side by side with her husband from 1950 to 1960. King was seen taking part in the Montgomery Bus Boycott of 1955. In 1969 she published her memoir named ‘My Life with Martin Luther King Jr.

On 27th April 1927, Coretta Scott was born near Marion, Alabama, United States. Her parents Bernice McMurray Scott and Obadiah Scott were renowned farm owners. Both committed themselves to ensure their children achieved the best in life. King went to the private Lincoln High School where she knew her musical talent. There she learned different vocal lessons, playing several instruments as well as reading music.

In her teenage life, she was once positioned as the pianist and choir director of her church’s junior choir. After her high school career, Scott won a temporary scholarship in Antioch College, in Ohio.

Her sister Edith also attended the same university as the first African American Student. Scott managed to study music education and voice. She later joined the Civil Liberties Committees and the Race Relations.

While Coretta Scott King was studying at Antioch College Scott, she realized that she wanted to set her dreams beyond impossibilities. She joined the New England Conservatory in Boston and graduated in 1954 with a Bachelor degree in music.

Still, in Boston, she met with Martin Luther King Jr. They came to know each other as good friends and later married on 18th June 1953.Her choice to marry King Jr. who was a young minister by then meant that she had to forget about her music career.

By the end of 1954, Mrs. Coretta Scott King and her husband moved to Montgomery Alabama. They started a Dexter Avenue Baptist Church. This is where they were pushed by the society to discuss civil rights. By then Martin Luther King Jr. was known when it came to the Movement’s leadership roles.

But Coretta Scott King liked that part of it as well. This is where she started to organize and participate in several boycotts and marches actively. She also attended in ‘Freedom Concerts’ which she used to sing, give lectures on the history of civil rights and read poetry. She was loved by all ages and was given a role of raising funds in the Southern Christian Leadership Conference (SCLC). She always stood up for her husband.

On April 1968, Scott’s world turned upside-down. It was the day that her husband was assassinated while he was busy leading a worker’s strike in Memphis, Tennessee. Fortunately, she stood firm and managed to drive her late husband’s course. She entirely dedicated herself to securing the Martin Luther King Jr. legacy.

From 1995 to 1997, Coretta Scott King managed to write regular articles that published in various syndicated programs. She also participated as a frequent commentator on CNN. In 1997 she called for the trial of her husband’s assassin; James Earl Ray. Unfortunately, he died in prison even before the trial began.

In 1984, Coretta Scott King won an award for Authors. She followed it up with Gandhi Peace Prize in 2004. Martin Luther King Jr and Coretta had four children; Yolanda, an actress; Bernice, a lawyer; Martin Luther King III he served as the president of SCLS and Dexter who facilitates the King Archive and Library.

On August 2005, Coretta Scott King suffered a heart attack and stroke. On 30, January 2006, Scott died. Her actions, beliefs, and dedication have positively helped to change the United States and the globe. She defined the world as a better place that allows people to treat each other equally. In the end, Coretta Scott King proved to be a worthy successor.