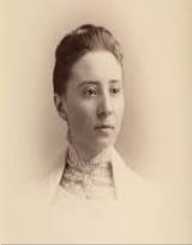 Clelia Duel Mosher was born on December 16th, 1863. As a physician and hygienist, she is one of the pioneer American physicians to have attempted to study 19th-century women's sexuality.

In 1900, she graduated from Johns Hopkins University School of Medicine. She later became a professor. This came after she successfully concluded on her earlier research on myths about women's inferiority to men.

Clelia Duel Mosher was born on December 16th, 1863 in Albany, New York. The daughter to Dr. Cornelius Mosher, she developed an interest in human physiology at a tender age while training under her father's guardianship. Her father, unlike most men, respected women's education and gave her daughter the best he could.

Dr. Cornelius motivated her daughter to read literary materials and gave her their greenhouse for personal botanical research. Although she struggled to deal with her sickly status as a child, she managed to enroll at Wesley College and paid for her tuition from her savings.

Clelia Duel Mosher first joined Wellesley College in 1889. She then transferred to the University of Wisconsin. In her final year, she moved to Stanford University where she got an A.B in zoology (1893). A year later, she received an A.M in physiology.

In 1900 Mosher graduated with an M.D from Johns Hopkins University School of Medicine. She then joined Stanford faculty. Here, as an associate professor of personal hygiene. She was eventually made a professor emeritus in 1929.

Post graduation with a doctorate in medicine, Clelia Duel Mosher began working in private practice. Consequently, she researched menstruation. She obtained data from a sample of 2000 women over 12,000 menstrual cycles. Her research saw her introduce the Mosher breathing exercise. This exercise helped reduce the pain of menstrual cramps.

Her most notable career achievement was her study on women sexual habits. This was the only known survey ever conducted on Victorian women sexual habits and began in 1892. The survey continued throughout her career and eventually published after her death.

She doubled her research work with humanitarian services. Mosher worked as a dedicated humanitarian with the American Red Cross. She helped relocate refugees affected by the World War I (1917-1919).

Clelia Duel Mosher neither had any marriage life nor did she have children. She considered herself an academic loner. She had quite a unique clothing style. The style aimed to reflect and prove her idea that lighter and loser clothing was good for women's mobility as well as their health.

Clelia Duel Mosher died on December 21st, 1940 at her home in Santa Clara, California. She had lived there since her retirement. Her death came only five days after her 77th birthday.