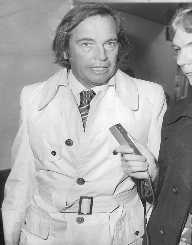 South African heart surgeon Christiaan Barnard was born on the 8 November 1922 in Beaufort West a town in the Great Karoo region of South Africa. He had three brothers including Marius who also became a heart specialist. His father was a minister in the Dutch Reformed Church, and as the family did not have a lot of money, Barnard had to work to pay for his degree.

Christiaan Barnard was educated at the local primary and high schools in Beaufort West and then won a place at the medical school at the University of Cape Town.

Once Christiaan Barnard had obtained his medical degree, Barnard moved to the town of Ceres, a rural village in the Western Cape of South Africa and opened a medical practice. Then in 1956, he went to the United States to further his studies at the Minnesota University where obtained an MSc and Ph.D. in cardiothoracic surgery and congenital intestinal atresia before returning home in 1958.

In 1958 Christiaan Barnard was made the Director of Surgical Research under Professor J.H. Louw at Groote Schuur Hospital, a large teaching hospital in Cape Town. In 1960 Barnard went to the Soviet Union on an Oppenheimer Memorial Trust Bursary to study transplant techniques on the heads and hearts of dogs. When he returned, he was made Head of the Cardiothoracic at the University of Cape Town’s medical schools. Christiaan Barnard was in charge mitral and aortic valve prostheses development, and he became known for his success rate in treating congenital heart disease with surgical procedures.

Ten years after arriving back from the USA, 1967 he carried out the first human heart transplant at Groote Schuur Hospital in Cape Town. His patient was Louis Washkansky, a 54-year-old man. The operation was a success and won the surgical team-wide acclaim, but Washkansky died on the 21 December 1967 from double pneumonia. In January 1968, Barnard carried out another heart transplant. The patient was Philip Blaiberg. Again the operation was a success, and Blaiberg lived for almost two years after the surgery. Barnard’s pioneering transplants led surgeons around the world to learn from his work and improve techniques.

Christiaan Barnard won many awards and accolades for his pioneering work and in the process became something of a celebrity. Awards he won include the Kennedy Foundation Award, the Milan International Prize for Science and the Dag Hammarskjold International Prize. He had many famous friends, including Princess Diana.

Christiaan Barnard married Aletta Louw, known as Louwtjie, in 1948. They had two children together: Deidre who became a champion waterskier and Andre, who qualified a doctor. Andre who died in 1984. In 1969 Barnard divorced Louw. He then married Barbara Zoellner in 1970. Zoellner was the nineteen-year-old daughter of a wealthy South African businessman from Johannesburg. Barnard and Zoellner had two sons, Frederick and Christiaan before divorcing in 1982. Zoellner died of breast cancer in 2011, aged 48. In 1988 Barnard married for the third time. His third wife was Karin Setzkorn who was forty years younger than he was. The marriage lasted for two years and produced two children: Lara and Armin.

From the late 1960s onwards Christiaan Barnard suffered from Rheumatoid Arthritis which caused pain and swelling in both his hands. Arthritis curtailed his surgery, and he turned to writing, lecturing, consultant and give speeches.

He was appointed a professor in the surgery department of the University of Cape Town in 1972 and in 1974 he did the first double heart transplant at Groote Schuur Hospital.

Barnard was on holiday in Cyprus when he died of an asthma attack on the 2 September 2001.

Christiaan Barnard traveled widely and was regarded by many as an unofficial ambassador for South Africa.

In later years Christiaan Barnard was a supporter of legalized euthanasia.