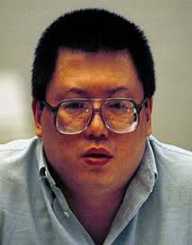 Charles Ng Chi-Tat was born on December 24th, 1960. A Chinese-American serial killer was known for committing a series of capital offenses including murder, rape, and torture. Together with Leonard Lake, Ng abducted, raped and killed 25 victims at Lake's California ranch.

In 1985, he was arrested and charged with 11 counts of murder and imprisoned at San Quentin State Prison facing a death row.

Charles Ng Chi-Tat was born on December 24th, 1960 in Hong Kong to a wealthy father and mother. Ng is reported to have experienced a rough childhood. His father abused through harsh disciplinary actions.

His early education was marred by several cases of theft. As a result, a rebellious Ng dropped out of several schools. Ng entered the United States at the age of eighteen after successfully applying for a visa to study biology (1978).

Here, he met his friend Lenard lake after dropping out of college in his first semester. This marked the genesis of Ng's crimes in the United States.

After his involvement in a hit and run accident, Charles Ng joined the United States Marine Corps in 1979. Only a year into service, he stole military weapons.The U.S government arrested and kept him in custody at Leavenworth prison for three years.

After his parole in 1984, Charles Ng joined Lake in Calaveras County. Here, the two kicked off a campaign of rape, murder, and torture. Some of their victims included friends, relatives of Bond and O'Connor and some colleagues of Ng.

The vise Lake and Charles Ng were using in the cabin to torture their victims broke. With the need to find a replacement, they checked into a shop in town. This resulted in the arrest of Lake while Ng escaped.

His main downfall turned out to be his shoplifting habit. After robbing a shop in Alberta, Ng tried to shoot a police officer, leading to his arrest. Police charged him with attempted robbery, possession of a firearm, robbery and attempted murder.

An eight-month trial finally started in 1991. The jury convicted Charles Ng of 11 homicides and handed him a death sentence.