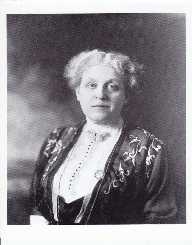 Carrie Chapman Catt will forever be known as an influential woman’s rights activist who battled for the 19-century Amendment to the United States Constitution. Even though death came to close her aspiring eyes, she was destined for victory. This made her discover inspiriting movements such as League of Women Voters. For her entire life, Carrie continued to voice the social women empowerment. She was also an active speaker, envied organizer, a politician and out of world diplomat.

On January 9, 1859, Carrie Chapman Catt was born in Ripon, North-Central United States, in Wisconsin. Her mother was called Maria Louisa Lane and her father, Lucius Clinton Lane. At seven years old, her family moved to Lowa where she attended her early education. After college, she joined the State Agricultural College in Lowa. To have a sober life, she worked as a part-time teacher and at that time she acceded to the Crescent Literary Society. She graduated in 1880 with a Bachelor of Science degree. Afterward, she served as a High School Principal in Mason City in 1885.She became the first woman to hold such position.

Carrie Chapman Catt got married in 1884 where she started to work at the Mason City Republican newspaper. After her husband’s death, she gathered up and used to work for a San Francisco newspaper for some time. She later went back to Lowa and became an active activist under Lowa Women Suffrage Association. She gave her entire life to the Association where she acted as a lecturer and organizer. In 1900 she chaired the National American Woman Suffrage Association. During her rule, she collected significant fundings for the organization. She later resigned in 1904 due to her second’s partner health, but she then returned to her active life after he died in 1905.

The woman’s organization followed her remarks and suggestions to the latter. It reached the point that her adopted plans became active according to the U.S Constitution Amendment. It happened that in 1920 the bill gave women a chance to vote. After a short pause, she and other active members co-founded the League of Women Voters. She also secured a place in the world organization for peace. She became an active participant in the League of Nations that gave birth to Woman’s Peace Party. She later served on the Woman’s Committee of the Council of National Defense.

Carrie Chapman Catt will be remembered for leading the National American Woman Suffrage Association. A winning plan was formed where women were given the right to vote in 1920.Besides, she was a distinguished leader who brought out the constitutional amendment reforms without doubts. She worked as the president of the National American Suffrage Association, League of Women Voters as well as International Alliance of Women.

From 1930 to 1890, Carrie's received more than ten recognitions. Some of the notable ones include; the Pictorial Review Award, she volunteered at the Women’s Hall of Fame. She was also listed as the top ten most incredible women by the Lowa Centennial Memorial Foundation. When it came to her personal life, Carrie Chapman Catt married Leo Chapman, an editor in 1884 but he later died in 1886.

After four years she married George W. Catt, an engineer. Unluckily, he also died in 1905. Catt went to stay with her long-term friend Mary Garrett Hay in New York for two decades. In the mid of1947, Carrie Chapman Catt died in New Rochelle, New York, United States at 88 years of age.