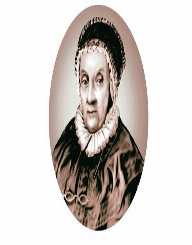 Caroline Herschel was born on March 16, 1750, in Hanover, Germany. Her parents were Anna Ilse Moritzen and Isaac Herschel. She also had nine siblings.

The Herschel family was not a rich one. Living in the 1700’s, it can easily be said that they had an old-fashioned way of looking at things. Caroline’s mother had no formal education, and she believed that women should focus on learning about housework instead of having a formal education. Because of this, Caroline did not go to school. However, she did manage to learn how to reach and write a little.

Later, once her brother, William, was grown, he asked her to travel to England with him. While there, Caroline Herschel studied acting and performed in plays. She also learned how to play several instruments around this time (the 1770's). Later on, William encouraged Caroline to study astronomy with him, which she gladly agreed to do.

Caroline Herschel’s main contribution to science was her work in astronomy, the study of space and everything in it. She first began studying the night sky with her brother, William. He had left studying music to pursue inventing a new kind of telescope, one that could see further than others before it.

The sibling’s scientific fame didn’t happen until the 1780s when they made the bulk of their discoveries. In 1781, the two were the first to discover the planet Uranus. Shortly after, the two began getting paid by the English monarchy and royal societies to continue their research in astronomy. Throughout much of the 1780’s, Caroline Herschel (and sometimes with the help of William) discovered several nebulae (a visible cloud-like grouping of dust and gasses in outer space, usually only seen with telescopes), including the famous Andromeda Nebula. Throughout her life, she discovered over 2000 nebulae.

During her time working in the field, Caroline Herschel personally discovered many comets, one of them, the Herschel Rigollet comet, is partially named after her. She also discovered seven other comets. Some of these comets are listed below.

Caroline Herschel is thought to be one of the first women scientists (in any field, other than medicine) to be paid for her research. She was also the first (non-royal) woman officially given a paid English government position.

The Royal Astronomical Society award Herschel a gold medal in 1828.

She was made an honorary member of the Royal Astronomical Society in 1938.

The king of Prussia, William I,  awarded Herschel a gold medal in 1846.

Caroline Herschel died on January 9, 1848. She died of natural causes. She was 97 years old when she passed away.

After her death, several more astronomical finds were named after her, including the C.Herschel moon crater.

Adrienne Rich, a 20th-century feminist poet, wrote one poem about Herschel: Planetarium. This poem outlines the life of Herschel and all of her achievements. The full poem can be found here.

Another feminist work, The Dinner Party, is in part inspired by Herschel.