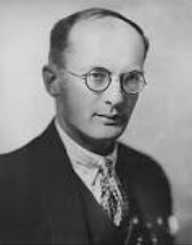 Polish anthropologist Bronislaw Malinowski was born in Krakow, Poland, at the time Austria-Hungry, on the 7 April 1894.

Malinowski came from a cultured, highly educated family and was mostly home-schooled before attending Jagiellonian University. He completed a doctorate in mathematics and physics in 1908. He also studied ethnology at the University of Leipzig.

Joining the London School of Economics in 1910, Malinowski became involved in the study of anthropology, a new subject at the time. He published papers on Australian Aboriginals, and this led to his field research in 1914, when he went to New Guinea.

He subsequently obtained a doctorate of science from the University of London (1916) for his work based on his findings in New Guinea. Malinowski spent between 1915-1918 in the Trobriand Islands, studying the people and culture and in time this led to the subject of social anthropology.

Bronislaw’s main achievement was the founding of the science of social anthropology, particularly in relation to field studies he carried out in Oceania.

Malinowski married Elsie Rosaline Masson, in 1919. The couple had three daughters. In 1953, he became a British citizen in 1933. And in 1939, he married the English artist Valetta Swann. He was doing fieldwork in México when he died of a heart attack on the 16 May 1942.