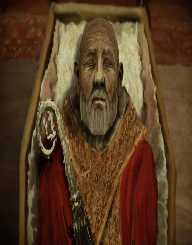 He was one of the three Catholic cardinals who laid claim to the pontificate office. His coronation sparked off a bitter struggle for the church leadership better known as the Western Schism.

Pedro Martinez de Luna was a native of Aragon. He was born in 1328 in Illueca, which was part of the Aragonian kingdom. He came from the noble family of the De Luna. He went to a local seminary school and later enrolled to study in France. He studied at the University of Montpellier. De Luna graduated with a doctorate degree in law. He practiced law while teaching the Catholic Canon Law at the university.

On December 20, 1375, Pope Gregory XI appointed him the Cardinal Deacon in Cosmedin near Rome. The Pope was then residing in Avignon as his headquarters. In 1377, De Luna followed Pope Gregory to the Saint Peter’s Basilica in the Vatican. Rome once again became the seat of the Holy See. On March 27, 1378, Pope Gregory XI died in Rome.

The Italian locals feared that the Cardinal collegial conclave would elect another French pope. The locals barricaded the Cardinals forcing the election of Italian as pope. On April 9, 1378, the archbishop Bartolomeo Prignano assumed the pontificate title Urban VI. The new pope lost touch with his Cardinals. Some of the Cardinals held an ecumenical council meeting at Fondi. In September 1378, barely five months after his election, the Fondi meeting denounced Pope Urban XI’s election as Pope. They elected another Cardinal Robert instead. Cardinal Robert of Geneva assumed the title Clement VII. This sparked off the power struggle in the Holy See. Pope Clement VII and his loyal cardinals moved their seat of governance back to Avignon France.

In 1389 Pope Urban XI died. The voting Cardinals in Rome elected Boniface IX as the new Pope. In September 1394 Clement VII died. The Cardinals in Avignon elected De Luna as the new Pope. De Luna was elected with a mandate to unite the church from the rift that was there. He agreed to resign if the Cardinals called him to do so. He assumed the title, Benedict XIII. Benedict XIII related well with several nations in Europe. Twenty-five cardinals supported his papacy.

In 1398, the king of France declared neutrality in the papal struggle. The French king convened a meeting to discuss the unification of the papacy in Pisa. In 1409, the two factions arrived in Pisa for the unification talks. Both protagonists refused to resign and pave way for a new election. The meeting council dismissed the two and elected a new Pope. They elected Peter Philarghi who assumed the title Alexander V.

Benedict XIII lost his dependable Cardinals after the Pisa council meeting. In 1413 he called for the Jewish leaders in Tortosa. He wanted to gain back the confidence of the Christians by fighting the Jews. Benedict XIII challenged the Jews in a theological debate and lost. He issued a papal decree that forbade any commercial trade by the Jewish community within his territory. In 1418 the ban was repelled by Pope Martin V.

In 1415 the three antipopes met in Constance. The Roman Pope Gregory XII, Pisan Pope John XXIII, and the Avignon Pope Benedict XIII all convened for the meeting. The Roman and Pisan Popes resigned to pave way for another papal election. Benedict XIII still claimed to be the rightful heir of the papal seat. The council excommunicated him. Benedict XIII now became an official antipope. He left Avignon and fled to Tortosa in the Spanish kingdom of Aragon.

Benedict XIII was recognized only in his native Aragon. He continued claiming to be the rightful occupier of the papal seat until his death. On May 22, 1423, Benedict XIII convened a meeting and ordained four cardinals to his electoral college. The following day Benedict XIII died in Peniscola Aragon. Three members of the electoral council met on June 10, 1423. They elected Sanchez Munoz to be the continuity Avignon pope. The fourth Cardinal disputed the election of Munoz and unilaterally elected Bernard Garnier as the new Avignon pope. Garnier assumed the title, Benedict XIV.

The body of Benedict XIII was interred in the Pensacola Castle. His remains were later reburied in his birthplace of Illueca. During the Spanish civil war, vandals desecrated his grave and destroyed his remains. His skull was retrieved and reburied in Condes de Argillo Palace.

Despite the long-standing recognition campaign, Benedict managed to institute a charter to establish the St. Andrew’s University in Scotland.