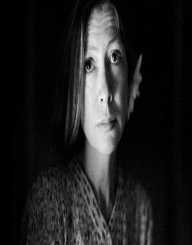 American writer Barbara Grizzuli Harrison was born to in Jamaica, Queens, New York on the 14 September 1934. She was of Italian descent. Her father was a printer, and she had a brother Richard. In her autobiography, she wrote that her family was dysfunctional. She wrote that her father had sexually abused her and that her mother suffered from mental illness. When she was nine, her mother joined the Jehovah’s Witnesses.

She was educated at New Utrecht High School in Brooklyn, New York. Her English teacher spotted her writing ability and encouraged her to become a writer.

When Barbara G. Harrison was in her early twenties, Harrison left the Jehovah’s Witnesses. She moved to East Village in NY and worked for a publishing house. She also worked at the American Committee on Africa where she met her husband, W. Dale Harrison. They married in 1960 and  Harrison was he was employed by CARE, his work took them to Libya, India, and Guatemala.

Harrison’s first book was published in 1969. It was Unlearning the Lie: Sexism in School. She also wrote articles for Ms. Magazine and other publications. Visions of Glory (1978) was a landmark book for Harrison. It was a memoir plus a historical look into the Jehovah’s Witness church.  In 1989 she published Italian Days, a travel book which won the American Book Award and in 1984, a novel, Foreign Bodies was published.  Harrison published her autobiography, An Accidental Autobiography in 1996.

Harrison divorced her husband in 1969 and returned to the United States with her son Joshua and daughter Anna. She died on the 24 April 2002.

From the age of nine, Barbara Grizzuli Harrison was brought up as a Jehovah’s Witness. Later in life, she reverted to Roman Catholicism.