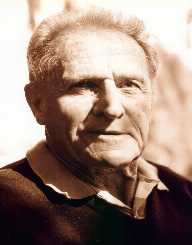 Lydiard discovered an efficient way for athletes to train. He invented two phases – the first was base training, the second was periodization. Base training, as the name suggests, provides the base or foundation from where the rest of the training launches.

His training focused on specific events and when they would take place, not on breaking records. Lydiard's athletes always peaked at the right time to compete in their chosen race.

The base training consisted of running 100 miles (or 160 km) every week. The running was a requirement, not an option.

The periodization phase concentrated on other areas like doing four to six weeks of strength work. Up to four weeks of anaerobic training followed the strength work. The final stage was to pull back on the intense training and start running under race conditions. The athlete could then fine-tune any areas that needed more work.

During the 1960's Lydiard coached the New Zealand Olympics athletes. They won six gold medals at the 1960 and 1964 Olympics.

Although charismatic and inspirational, Lydiard was continually at odds with stodgy athletics administrators.

Lydiard worked in Finland during the 1960s. He was only there for a year and a half, but the results were outstanding for the Finn athletes. Their athletic performance vastly improved during the 1970s, and they won three gold medals at the 1972 and 1976 Olympics.

Lydiard's techniques are used by almost all athletes and athletic coaches today.

In 2009, three South African athletes qualified for the 1500 meters at the Track and Field Championships held in Berlin. The qualification of all three came as a direct result of Lydiard's training.

Lydiard promoted running as beneficial for health at a time when it was frowned upon by the masses.

Among his awards and honors, Lydiard has the following:

Lydiard died on 11th December 2004 from a suspected heart attack.