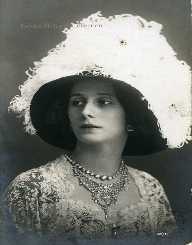 Anna Pavlova was born on February 12th, in 1881. Pavlova earned her fame for being an exceptional prima ballerina during the late 19th and early 20th century. She enrolled with Imperial Ballet School which helped her in honing her dancing skills. In 1905, Pavlova performed in The Dying Swan which was later crowned as one of the best performances that defined her successful career. Four years later she enrolled with Ballet Russe and later came up with her firm in 1911. She passed away in 1931 at the age of 49.

Anna Pavlova was born on February 12th, 1881. Her place of birth was in Ligovo, Saint Petersburg in Russia. Her parents were not officially wedded. Her mother’s name was Lyubov Feodorovna. She worked as a laundress. Pavlova paternal father’s identity is not known. However, her mother got married to Matvey Pavlov when young Anna was about three years of age. Anna later adopted the name of her stepfather.

Right from a tender age, Pavlova had always dreamed of being a dancer. This is what she loved while she was a toddler. From this time, she fantasized about being a successful dancer one day in future. At the age of eight, her mother took her to watch The Sleeping Beauty performance which was played in Mariinsky Theatre situated in St. Petersburg. After being motivated by what she saw, she made up her mind of becoming a ballet dancer. Her mother was always there to support her in striving for her dream. In a span of two years, Pavlova had been admitted to Imperial Ballet School in St. Petersburg. She had successfully passed her entrance exam. During her school days at the ballet school, the institution was directed by the famed ballet master called Marius Petipa.

Within a short period, Petipa and other ballet teachers recognized the extraordinary talent that Pavlova had. Together, they helped her understand that being a successful dancer required more than just being talented. Pavlova had to work tirelessly to hone her dancing skills. Years later, she graduated from the ballet school in 1899.

Considering her notable ballet performances at the ballet school, Pavlova graduated as a coryphée. This meant that as a professional dancer, she could skip amateur dancing lessons. She was therefore in a position to join dancing groups right away. During the same year of her graduation, she made her first company appearance while in a group of three people. They performed La Fille Mal Gardée at Mariinsky Theatre.

Her career blossomed with time as she got famous for every performance that she made. However, her ballet career turning point came with her performance in The Dying Swan. Her dancing was natural and caught the attention of the entire nation. This performance became her signature. Pavlova’s talent made her rise quickly in her dancing career. In seven years, she was endorsed to the prima ballerina.

Pavlova was in a relationship with Victor Dandre who later claimed that he was her husband. Dandre was her manager and a long time friend.

In one of her tours, Anna Pavlova was diagnosed with pneumonia, and she was told that she could not dance anymore if at all she medically solved the disease by undergoing surgery. Pavlova did not go through with the surgery for fear that it would ruin her career. She was later found dead in just weeks before she celebrated her 50th birthday. Dandre wrote that Pavlova died on January 23rd, 1931. It is rumored that before her death, she was ready to dance as she asked for her ‘Swan’ costume just before her death.