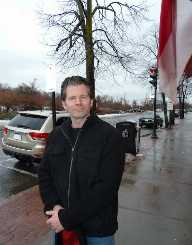 One of the best short story writers of twentieth-century America, Andre Jules Dubus II was born on August 11, 1936, in Lake Charles, Louisiana, United States of America. He was the youngest child of Katherine (Burke) and André Jules Dubus. He had two elder siblings, Kathryn and Beth. He was raised in the Bayou country in Lafayette, Louisiana.

Andre Dubus started his preliminary schooling at The Institute of the Brothers of the Christian Schools, a Roman Catholic religious order. The school gave due importance to literature and writing. Dubus was passionate about writing from an early age, and his school encouraged and supported him in his endeavour. He graduated from the McNeese State College in 1958 as a journalism and English major. He joined the Marine Corps after his graduation and served there for the next six years.

Andre Dubus moved to Iowa in 1964 after leaving the Marine Corps and got enrolled at the University of Iowa's Iowa Writers' Workshop. The workshop had produced some eminent American writers like Flannery O'Connor and Wallace Stegner. Dubus was a great admirer of acclaimed writers Anton Chekhov, Ernest Hemingway, and John Cheever. To his good fortune, his principal instructor at Iowa, Richard Yates was also an ardent fan of these writers. He studied under Richard Yates and received his MFA in creative writing in 1966.

Andre Dubus moved to Haverhill, Massachusetts to begin his career in teaching creative writing and literature at Bradford Junior College after receiving his MFA. He served at the college for the next 18 years and remained there until 1984. In 1967, he wrote his first and only novel titled ‘The Lieutenant’ while still studying at the Iowa workshop. The novel earned good reviews but did not achieve much success commercially. He then switched over to writing short stories, a genre in which he found great success afterwards.

During the next decade, Andre Dubus published several collections of short stories garnering an increased readership, critical acclaim and commercial success. The collection consists of the likes of ‘Separate Flights’(1975), ‘Adultery and Other Choices’(1977), ‘Finding a Girl in America’(1980), ‘The Times Are Never So Bad’(1983) and ‘Voices from the Moon’(1984).

Andre Dubus married his first wife Patricia Lowe in 1958. They had four children together. Among these four children, Andre Dubus III went on to become an acclaimed author. Dubus divorced his first wife in 1970. He married his second wife Tommie Gale Cotter for a brief period. The marriage was solemnized in 1975 and ended in divorce in 1977. He tied the nuptial knot for the third time in 1979 when he married Peggy Rambach. The couple had two daughters.

Several disasters marked the life of Andre Dubus. He became paranoid about the safety of his beloved family members after his daughter was raped as a young woman. He started carrying personal firearms with him always to protect himself and his family members. Once, he almost shot a drunk man who was arguing with his son Andre outside a bar in Haverhill, Massachusetts.

On the night of July 23, 1986, Andre Dubus was driving from Boston to his home in Haverhill, Massachusetts. He stopped to assist two disabled motorists on the highway, brother, and sister Luis and Luz Santiago. While he was helping the injured Luz move to the side of the Highway, an oncoming car swerved and collided with them. Luis was killed while Luz survived as she was pushed out of the way by Dubus.

However, Andre Dubus could not escape the impact of the collision and was severely injured. His right leg had to be amputated above the knee after several unsuccessful operations, and he also lost the use of the left leg. He tried in vain for three years undergoing a series of painful surgeries and extensive physical therapy. He decided to walk with a prosthesis, but due to chronic infections, he remained wheelchair bound for the rest of his life.

To add to his miseries, his third wife Peggy Rambach deserted Andre Dubus, taking their two young daughters along with her. He became a patient of clinical depression after suffering such personal tragedies of both physical as well as psychological in nature. But soon he realized that the personal tragedies of his life and his confinement to the wheelchair made him more sensitive to his surroundings, and he was able to write better than ever before. Shaking off his depression, he concentrated entirely on his writing career once again.

Andre Dubus breathed his last on February 24, 1999, after suffering a heart attack.

1. Andre Dubus was conferred with the L.L. Winship/PEN New England Award in 1975.

2. In 1991, he received The PEN/Malamud Award (Rea Award for the Short Story) for excellence in short fiction.

3. Andre Dubus was bestowed with the Jean Stein Award by The American Academy of Arts and Letters.

His son Andre Dubus III is the author of the acclaimed novel ‘House of Sand and Fog’ (1999). The novel was nominated for the National Book Award and the film, which was an adaptation of this novel, was nominated for an Academy Award in the category of best story. Dubus III also penned a memoir of his life, ‘Townie,’ where he exclusively narrated the story of his childhood including his relationship with his father and the poor condition of his mother and siblings after her divorce from Andre Dubus.