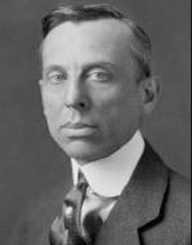 Alfred Sloan, Jr., was born 23 May 1875, to Alfred and Katherine Sloan. He was born in New Haven, Connecticut, United States, and was the oldest of five children.

Alfred Sloan started his electrical engineering studies at Brooklyn Polytechnic Institute, but transferred to the Massachusetts Institute of Technology, and graduated in 1895.

In 1899, Sloan’s father, in conjunction with another investor, purchased the Hyatt Roller Bearing company. Alfred Sloan was eventually appointed President and then became the owner.

Under Sloan’s leadership, General Motors became the market leader by the early 1930s and remained so for over 70 years.

Alfred Sloan managed operations across the board with the introduction of financial statistics, introduced by an advisor, John J. Raskob.

He introduced the concept of “planned obsolescence.” This is when products become unfashionable or dysfunctional after a certain period of time, in General Motors’ case, each year. Alfred Sloan also introduced a pricing structure with vehicles from lowest to highest, which didn’t compete with each other. Customers could then be “up-sold” as they moved through life and their vehicle preferences and financial circumstances changed.

Alfred Sloan managed to get GM through the 1930s when the workforce became unionized, and he went on to grow General Motors to the largest industrial company in the world.

Alfred Sloan kept an office in the Rockefeller Center, now called the GE Building. He stepped down as General Motors Chairman in 1956.

His memoir, My Years with General Motors, was also ready around the same time, but the legal team at General Motors held up the publication until 1964. He had also written a book earlier in 1941, called Adventures of a White Collar Man.

1951:   Gold Medal Award – The Hundred Year Association of New York (in recognition of outstanding contributions to the City of New York)

1975:   Inducted into the Junior Achievement U.S. Business Hall of Fame

Alfred Sloan married Irene Jackson in 1898. The couple didn’t have any children.

In 1934, the Alfred P. Sloan Foundation was established by Sloan. The Sloan Foundation is a philanthropic non-profit organization. It has made significant contributions to various causes, with its areas of main interest being science and technology (including education and careers), economic performance, and also the standard of living. At the end of 2014, assets totaled around US$1.87 billion.

The Foundation contributed to cartoons and short films promoting industrialization (in the 1950s), and also capitalism and the American way of life. There have also been two grants of $3 million each to the Wikimedia Foundation.

In 1931, the Alfred Sloan Fellows was started at the Massachusetts Institute of Technology (MIT). This was an executive education program that Sloan sponsored, and was the first of its kind in the world. In 1952, the Alfred Sloan Foundation gave a grant which established the MIT School of Industrial Management with the purpose of educating ideal management. The school was renamed the Alfred P. Sloan School of Management. It has become one of the premier business schools in the world.

In 1955, another grant established the Sloan Institute of Hospital Administration, at Cornell University. In 1957, the Alfred Sloan Fellows Program was established at Stanford Graduate School of Business, and also the London Business School in 1965. These went on to become degree programs in 1976, being the Degree of Master of Science in Management.

There is also a museum showcasing the automobile industry and its evolution through the years in Flint, Michigan, called the Alfred P. Sloan Museum.