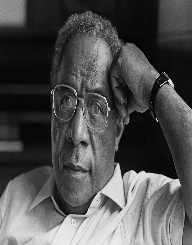 Alexander Murray Palmer Alley, who was well known as Alex Haley, was an awarding winning African-American Author. He was best known for the book and mini-series “Roots.” He was a U.S. writer who wrote extensively on the historical fiction and reportage that depicted the lives of the African-American generations. He was known for being brave against the obstacle of racism just like his father, a professor in New York.

Alex Haley dropped out of college to be enlisted in the United State Coast Guard at 18. He got paid by his fellow soldiers to write them love letters to their girlfriends. It was when he was working on this that he discovered his love for writing. He got transferred to the field of journalism in the same Force. After his retirement, he became a senior editor for a known magazine. He also produced the well and critically acclaimed “The Autobiography of Malcolm X” and won a Pulitzer Prize for “Roots: The Saga of an American Family.”

Alex Haley was born into a well-educated family on the 11th day of August 1921 in Ithaca, New York to Simon Haley and Bertha George. His father was a graduate student at Cornell University at Alex’s birth. He was also a World War I veteran and later became a professor. His mother was a teacher and gave birth to two younger brothers and a sister after Alex.

Alex Haley was an intelligent student and got enrolled into Alcorn A&M college, Mississippi, at 15. He spent a year there before he got transferred to Elizabeth City State College. He, however, dropped out of the college basically because of his lack of interest in academics.

Alex Haley got enlisted with the United State Coast Guard in 1939 when he was 18 years old. He started his career as a mess attendant and later got promoted to the rank of a petty officer third class in the rating of a steward. He found his love in writing while writing on behalf of his fellow soldiers’ to their girlfriends. The soldiers were impressed by his talent as a talented writer. His fellow soldiers also paid him. He later started sending short stories and articles to magazines. He was transferred to the field of journalism after World War II in the same US Coast Guard. He became a petty officer first class in the rating of a journalist in 1949. After his retirement, he went into a full-fledged literary career.

Alex Haley was even once asked by “Playboy” magazine to conduct an interview with Miles Davis, a famous trumpeter. This interview, when published in 1962, garnered a huge success. He then went on interviewing prominent fellows like Luther King Jr., Sammy Davis Jr., etc. He wrote his first book in 1965, The Autobiography of Malcolm X: As told to Alex Haley.’ This book outlined the life and the philosophy of the famous human right activist. He became an international bestseller. After this well-acclaimed book, he became an acclaimed writer.

Alex Haley later published his award-winning novel, ‘Roots: The Saga of an American Family’ in 1976. The Novel was mainly based on his ancestral history. He gave a historical insight into the lives of the 18th century Africans and how they were coarse into slavery. This novel created a sensation and sparked an increased genealogical interest. It got spawned into a televised mini-series by the same name by ABC. In 1977, it got record-breaking viewers of 130 million.

He was soon accused of plagiarisms by two authors. However, he admitted copying some passages from “The African,” a 1967 Harold Courlander’s novel. The case was settled out of court. He died in the late 1970’s while working on his second historical novel. This novel was completed by David Stevens in 1993. The book was then published as “Alex Haley’s Queen.”

“Roots: The Saga of an American Family” served as Alex’s turning point. Alex Haley is always remembered as the author of this seminal historical novel. This book spurred a great interest in genealogy among Americans and made him a well-known fellow in the literary world. This same book was published in 37 languages. It spent some months on the New York Times Best Seller List.

His first marriage to one Nannie Branch in 1941 crumbled in 1964 and was divorced. In the same year, he married Juliette Collins and whose union got severed in 1972. He later married a third wife, Myra Lewis who got separated later too. He died of heart attack at age 70 on the 10th of February 1992. He gave birth to a son and two daughters.