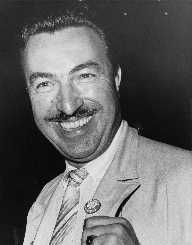 An American Politician, Adam Clayton was an all in one kind of person. He materialized as a potential colossus in the African-American community. He was widely known as a civil rights activist as well as a man of the cloth of the Abyssinian Baptist Church. Not to mention he became the first Afro-American to join the United States House of Representative in New York. Hailing from a well-vast family, Adam made sure that he has completed his lower and upper-level education. His protective father wanted him to follow his footsteps of being a fervent politician. I don’t know whether he opted to change his career later on. Scroll further to understand more about his early and subsequent achievements.

On 29th, November 1908 a couple, Adam Clayton Powell Senior and Mattie Buster Shaffer were blessed with a son in New Haven. He was none other than Adam Clayton Powell Jr. who loved to spend time with his elder sister called Blanche. Since his parents came from mixed tribal roots, he was born with a blond hair and light complexion. He joined the Townsend Harris High School and later the City College of New York. But he mostly loved to spend time away from home with friends. It was here that his father opted to take him to Colgate University as an undergraduate.

In 1930 Adam Clayton Jr. received his BA degree from the said varsity. In 1933 he enrolled at the Columbia University where he garnered his MA in Religious Education. In 1934 he graduated from Shaw University. Afterward, Powell Jr. was appointed at his father’s church to work in charitable works and as an assistant pastor.

After a short pause, Adam Clayton Jr. went to serve as a columnist at a local newspaper. It was a vital chance that paved the way for more recognition and acceptance in the society. In 1937 Adam Jr. took the position of his father at Abyssinian Baptist Church. He worked diligently as a promising and ordained pastor. It was under his direction and guidance that the church gained over 14,000 members. He promised to create job opportunities as well as a low-priced house for the African-American.

Adam Clayton Jr. Words came to life when he formed a group called Greater New York Coordinating Committee for Employment. Aside from that, he forced the 1930s World Fair Organization to employ over 800 blacks instead of 200.More than 300 blacks were also employed as bus drivers under the United Negro Bus Strike Committee.
In the mid of 1941, Clayton joined the political world where he was appointed as the New York City Council. He became the first black to attain the said position. He worked on the council for five years. In 1942 Adam co-founded a new column called People’s Voice. He served as a writer as well as an editor.

In 1944 he attained his membership in the Democratic Party where he got a seat in the United House of Representatives in 1945. After some time, Adam Jr. made sure that his people (black) gained more recognition. He did so by opposing national organizations and advocating for fair and just employment for the blacks.

Still, in the 1940s, Adam Clayton Jr. worked intensively with the National Association for the Advancement of Colored People. He lodged that the central government shouldn’t intervene or help states that practice racism. His idea was subsumed in 1960s Title VI of the Civil Rights Act.

In 1961 Adam Clayton Jr. was appointed to chair the Labor and Education Committee. It was during his tenure that he was able to pass countable of economic and social bills. Some of the notable ones include the anti-poverty act and educational bills. Still, in 1960s Clayton used to travel abroad, and it was found out that he mismanaged committee’s budget. As a result, his opponents went against him, and he was expelled from the US House of Representative. However, he reinstated back to the position in 1968 where he garnered a majority of votes.

In 1970 Adam’s health started to deteriorate, and he resigned from office in 1970 when he lost the Democratic primary elections. The following year, he called it quit as the chief curator of the Abyssinian Baptist Church.