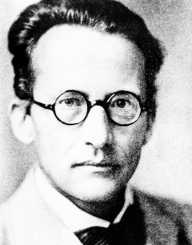 Aage Niels Bohr was a Nuclear Physicist who won the Nobel Prize just like his father, the famous scientist Niels Bohr. He did extensive research in the field of quantum theory and nuclear energy. Aage Bohr also worked with his father on several projects as his assistant. He was also a part of the Manhattan project.

Aage Bohr was born on June 19, 1922, in Copenhagen, Denmark. His star sign was Gemini. His father, Niels Bohr, was a world-famous physicist and gave the Bohr’s model of the hydrogen atom among other remarkable contributions. Aage Bohr also won the Nobel Prize in the same year. His mother was Margrethe Bohr. His parents had six children together of which Aage was the fourth in line and the only one to pursue Physics later in his life.

Aage Bohr s father used to take him to his institute where several other great scientists visited them. This had a deep impact on Aage’s future as he became greatly interested in Physics right from an early age.

Aage Bohr went to school at the Sortedam Gymnasium. He then joined the University of Copenhagen in 1940. By this time, Hitler had occupied Denmark, and all Jews were being threatened. Aage’s father Bohr knew of their Jew connection and realized that his family was not safe. So, he escaped with his family to Norway and then to London.

Aage Bohr had to give up on his education for the period of the Second World war. He could resume his education only after 1945 when he returned to Denmark. Aage Bohr completed his Master’s degree in 1946.

Aage Bohr started his career working as a personal assistant to his father. He was also involved in the Manhattan project where he worked as a researcher. After returning to Denmark and finishing his education, Aage Bohr started working at the University of Copenhagen as a research scholar. He then moved to Princeton in 1948. He became a visiting fellow at the University of Columbia in 1949. Together with James Rainwater, he worked on developing a variant of the drop model of the nucleus (proposed initially by his father, Niels Bohr). He also worked with Ben Mottelson on this new model. And together they developed it completely and won the Nobel Prize for this contribution in 1975.

Bohr earned his Ph.D. in 1954. Two years later, he joined the University of Copenhagen as a Professor of Physics. He also became a board member of NORDITA. In 1962, Aage Bohr became the Director of the Institute of Theoretical Physics.  To focus on his research more, he vacated the position of the Director of the institute in 1970. Bohr remained active in the field of research for the next 22 years. In 1992, Aage Bohr announced his retirement from scientific research and any academic teaching as well.

Due to his groundbreaking research in the development of the theory of atomic structure, Aage Bohr won several awards & prizes. Aage Bohr won the Nobel Prize in Physics in the year 1975. His father had won it in 1922. They belong to the elite group of only six father-son pairs to do so. Four such pairs are from Physics.

Aage Bohr was married to Marietta Soffer in 1950. They produced three kids – sons Vilhelm and Tomas, and a daughter Margrethe. Bohr’s wife Marietta passed away 28 years later in 1978. Three years later, he remarried to BenteScharff Meyer.

The couple stayed together till Bohr passed away in 2009. Aage Bohr was very fond of piano music and loved to play some of it himself.